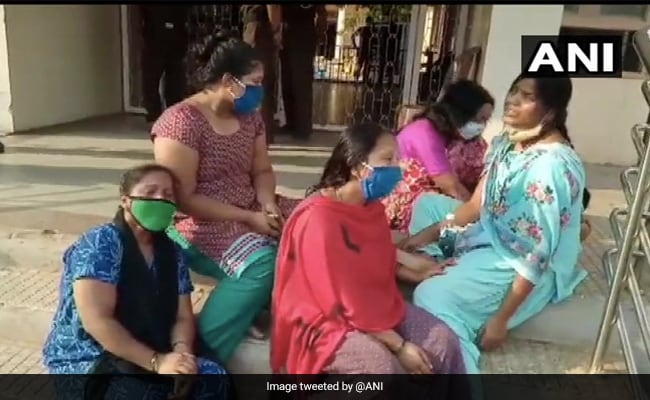 At least 24 patients have died at the District Hospital in Chamarajanagar in Karnataka due to shortage of oxygen, officials said.

“The deaths were reported after there was a fall in oxygen supply between 12 am to 2 am on Sunday night,” a senior official at the hospital said.

At least 144 patients are being treated at the hospital, he added.

Mysuru MP, Pratap Simha, said, “Last night, when media people drew my attention to the situation of oxygen shortage in Chamarajnagar district, I myself contacted DC Ravi and took a conference call with ADC who is in charge of  oxygen. At night itself I contacted Southern Gas and they provided 15 cylinders. Before that also we had given from the quota. Despite all this, this sad incident occurred. Chamarajnagar is not some far away place. We feel it is part of us. We are part of their sorrow.”

Congress leader Rahul Gandhi, in a tweet, hit out at the government over its handling of the crisis.

My heartfelt condolences to their families.

How much more suffering before the ‘system’ wakes up? pic.twitter.com/JrfZbIo7zm

The district has recorded a total of 11,928 cases of COVID-19 infection since the beginning of the pandemic. At least 167 people have died due to the virus until yesterday.