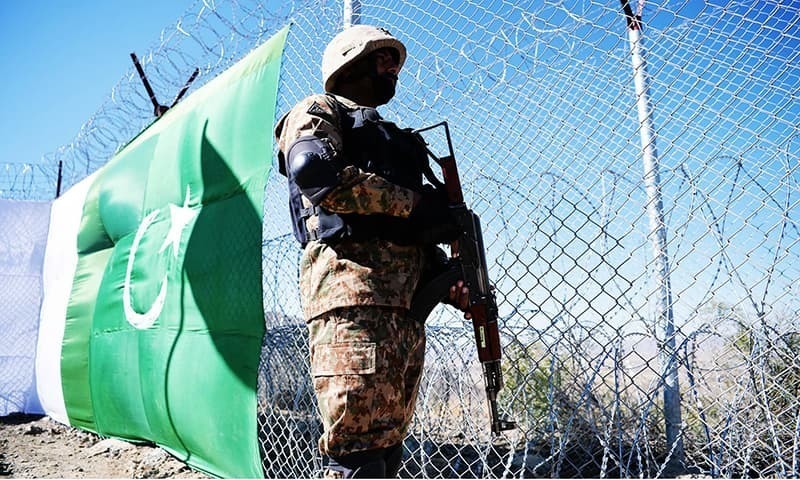 Four Frontier Corps (FC) soldiers were martyred while six others were injured after terrorists ambushed them during a fencing activity at the Pakistan-Afghanistan border, the military’s media wing said in a statement on Wednesday.

The Inter-Services Public Relations (ISPR) said that the troops were moving for fencing activity along the border in the Manzakai sector in Balochistan’s Zhob when “terrorists from Afghanistan ambushed” them.

FC troops responded to the attack promptly, it said.

The injured soldiers were evacuated to the Combined Military Hospital (CMH) Quetta, the ISPR added.

“Terrorists cannot dampen the courage of Pakistan’s forces. Fencing work at the Pakistan-Afghanistan border will be completed under any condition,” he emphasised in a tweet.

After the September attack, the ISPR director general had said that the issue of border management had been raised with Afghan authorities multiple times to prevent the use of the neighbouring country’s soil for attacks against Pakistan.