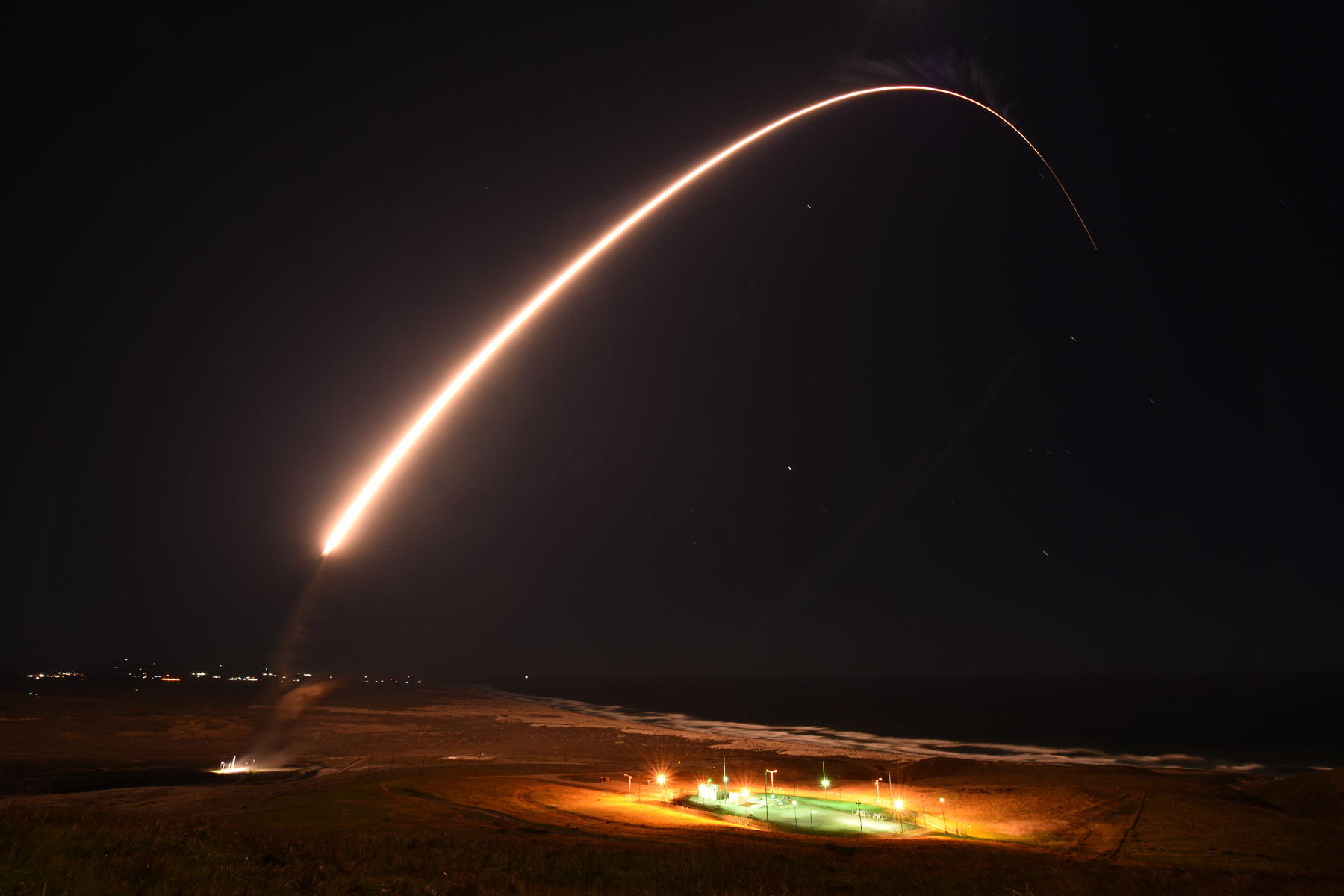 The U.S. Air Force aborted the test launch of an unarmed Minuteman III intercontinental ballistic missile, or ICBM, from Vandenberg Air Force Base, California, after an undisclosed issue on the ground, the service announced Wednesday.

The incident is under investigation, Air Force Global Strike Command, which oversaw the launch, said in a release.

“The Air Force adheres to strict protocols while performing operational test launches, only launching when all safety parameters with the test range and missile are met,” the command said in the release. Officials are assessing when the launch can be rescheduled.

Read Next: Why These Infantry Marines Have a New Obsession with Chess

In 2018, an unarmed Minuteman III ICBM was destroyed in flight due to a safety issue. That test, also out of Vandenberg, was going well until “somewhere in flight, we saw an anomaly, and the anomaly was going to create an unsafe flight condition,” said Air Force Gen. John Hyten, who was then head of U.S. Strategic Command. He is now the vice chairman of the Joint Chiefs of Staff.

“So we destroyed the rocket before it reached its destination,” he added. “It was the smart thing to do.”

The aborted mission comes as the Pentagon faces increased scrutiny over its efforts to develop next-generation ICBMs to replace the aging Minuteman IIIs.

Experts say the Ground Based Strategic Deterrent, or GBSD, program could cost $85 billion to $100 billion for ICBM infrastructure alone.

The Congressional Budget Office estimates it will cost taxpayers $1.2 trillion over the next 30 years to modernize the entire nuclear arsenal, including equipment within each leg of the triad — lCBMs, strategic bombers and submarine-launched ballistic missiles — and crucial communications.

Keeping crews sitting on alert to deploy bombers at a moment’s notice for a nuclear strike would require a substantial increase in resources, Lt. Gen. James Dawkins, the Air Force’s deputy chief of staff for strategic deterrence and nuclear integration, said last month.

More refueling tankers from the service’s KC-135 Stratotanker, KC-10 Extender and KC-46 Pegasus fleets would need to be “sectioned off” just for that mission to ensure bombers are refueled sufficiently while in flight, he added.

“While it sounds real simple, ‘Hey, let’s just put our bombers back on alert,’ it’s not so simple,” Dawkins said.