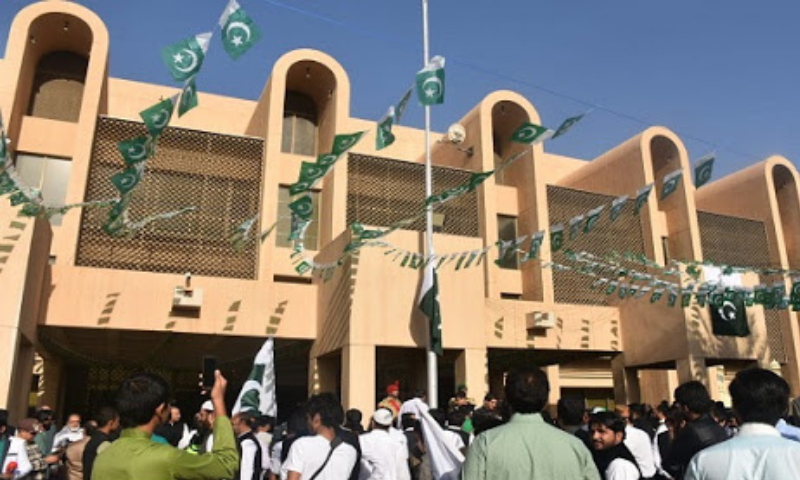 Pakistan’s ambassador to Saudi Arabia has returned to the country while orders have been issued to six other officers of the embassy in Riyadh to return over complaints by the Pakistani community in the kingdom, the Foreign Office said in a statement on Thursday.

The statement said that Prime Minister Imran Khan had ordered an inquiry and his directions were being implemented.

“A high-powered inquiry committee will look into the matter,” it added.

The six officers who were issued recall orders worked in the diplomatic, community welfare, and consular wings of the embassy, according to the FO.

“The government of Pakistan attaches high importance to the welfare of overseas Pakistanis. There is zero tolerance, whatsoever, for any lapse in public service delivery,” the statement said, adding that Foreign Minister Shah Mahmood Qureshi himself oversaw the working of all diplomatic missions, particularly with regards to the services being provided to the Pakistani community.

“Pakistan’s missions, all across the world, have standing instructions to extend maximum facilitation to the Pakistani community in their respective jurisdictions.”

Earlier today, Prime Minister Imran said he had heard that the Pakistani embassy in Saudi Arabia did “not take care of the labour class” working in the Gulf country.

Addressing a ceremony in Islamabad in connection with the government’s Roshan Digital Account initiative, the prime minister lamented that Pakistani embassies did not “appreciate” the labour class.

Terming them “special people”, he said they worked extra shifts and stayed in single rooms in order to send money back to their families. “Those remittances are keeping Pakistan running,” he added.

He directed embassies to take care of the labour class working in countries abroad. Referring to the Pakistani embassy in Saudi Arabia, Prime Minister Imran said he had ordered a “full-scale inquiry”.

“I am calling back staff and will take action against those who mistreated the [labourers]. We will make an example of them,” he emphasised.

The prime minister said he had also heard reports regarding bribery, saying that those involved would be given “exemplary punishment”.

Data shared by the Bureau of Emigration and Overseas Employment last year showed that over 87 per cent of Pakis­tanis looking for overseas jobs went to the United Arab Emirates and Saudi Arabia in 2019.

According to the State Bank of Pakistan, a large part of the remittances during the July to March period in FY21 came mainly from Saudi Arabia, standing at $5.7 billion.