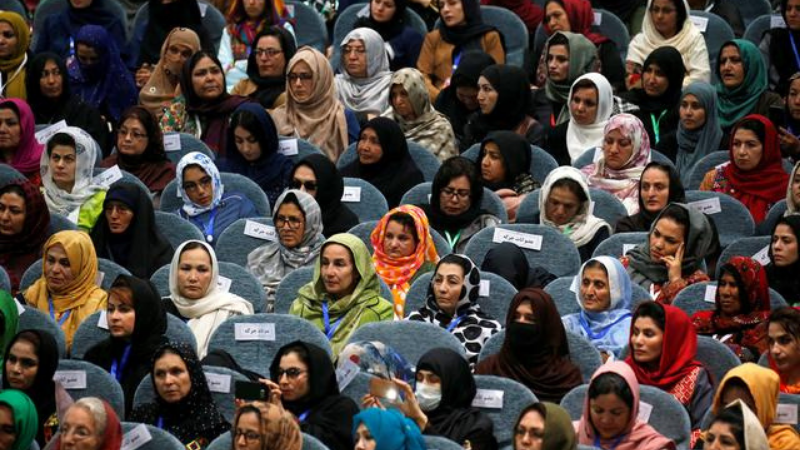 US lawmakers grilled President Joe Biden’s Afghanistan peace envoy on Tuesday about how women will be protected if the hard-line Taliban take control after US troops withdraw, and threatened to withhold funding if rights gains are reversed.

“I don’t believe under any circumstances that the United States Senate will support assistance for Afghanistan, especially under the World Bank’s programme which provides budget support, if the Taliban has taken a governing role that ends civil society advances and rolls back women’s rights,” said Senate Foreign Relations Committee Chairman Bob Menendez.

When Biden made his announcement on April 14, he said Washington would continue providing assistance to Afghan security forces and civilian programmes, including those for women and girls.

Secretary of State Antony Blinken said the Biden administration was working with Congress to provide nearly $300 million in civilian aid to the country.

Members of Congress, many of whom are skeptical about the plans to bring home the 2,500 remaining troops, worry the departure would cede control to the Taliban, whose 1996-2001 rule severely curtailed activities for Afghan women.

Lawmakers of both parties expressed concerns about rights, the potential for civil war and whether Afghanistan would again become a refuge for extremists.

“I’m concerned that the administration’s decision may result in a Taliban offensive that topples the government,” said Senator Jim Risch, the committee’s top Republican.

The State Department on Tuesday ordered government employees out of its embassy in Kabul if their work could be done elsewhere, citing increasing violence in the Afghan capital.

The international community has poured billions into Afghanistan since the Taliban were driven from power. Gains for women and girls in access to education and public life are repeatedly touted as a major success.

Women have been underrepresented during peace talks despite promises that they would have a place at the table.

Democratic Senator Jeanne Shaheen, the only woman on the committee, said Khalilzad, who also served under former Republican President Donald Trump, had not made including women enough of a priority.

She said there was too much uncertainty about the plans for Afghanistan after Sept 11 to know whether women’s rights would be protected. She said women in Afghanistan remain targets of violence, something that must be stopped.

Shaheen referred to seven women who had been killed by the Taliban for advocating for human rights.

“I will not support any efforts that will allow them to continue to commit these horrific acts without any accountability,” Shaheen said.

Khalilzad insisted Washington was pressing for women and minorities to be included in future peace talks. He said Washington and partner countries would punish backtracking in Afghanistan with isolation and sanctions.

Blinken echoed that sentiment. “I can say very clearly and categorically that an Afghanistan that does not respect their rights, that does not sustain the gains we’ve made, will be a pariah,” he told CNN.

Under the Taliban, women were barred from education or work, required to fully cover their bodies, and could not leave home without a male relative. “Moral offences” were punished by flogging and stoning.

The Sept 11 deadline — 20 years after the attacks that sent Washington to war — extended the US presence there beyond a May 1 deadline negotiated under Trump.