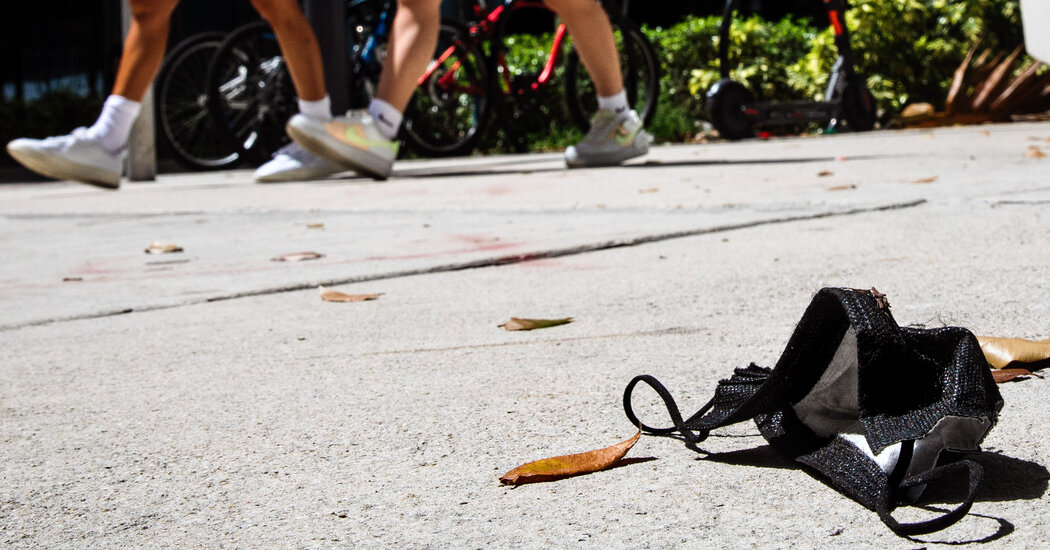 The Centers for Disease Control and Prevention recommends that fully vaccinated Americans can, in most cases, avoid wearing masks outdoors. But this group of nearly 100 million, scattered across the country, remains for now under the authority of a patchwork of mask mandates, varying by state and sometimes by county, dictating when and where face coverings should be worn.

Some states, like Arizona and Texas, have already lifted mask mandates. But most indoor mask mandates could be eased or eliminated by the summer, said Dr. Arthur Reingold, chair of the epidemiology division at the School of Public Health at the University of California, Berkeley — as long as people continue to get vaccinated, and as long as the United States avoids the troubling waves it has endured over the past year.

About 2.7 million Covid-19 vaccine doses are being administered nationally each day on average — a drop from the peak of more than 3.3 million this month, when those who were most eager and able to get shots were getting them quickly.

By summer, Dr. Reingold said, “there won’t be big regional differences” in mask wearing as there are now. Strict outdoor masking has been standard behavior in urban centers like New York City and San Francisco, but less common in other parts of the country.

The C.D.C. on Tuesday advised that Americans who are fully vaccinated against the coronavirus no longer need to wear masks outdoors, except in some cases, like during large gatherings.

Gov. Andrew M. Cuomo said that New York would adopt the C.D.C.’s guidance on outdoor mask wearing, and Gov. Gavin Newsom of California said, “If you’re fully vaccinated, outdoors and not in a large crowd — you do not need to wear a mask.”

A federal mask policy “was always going to be somewhere between difficult and impossible to achieve” in the United States, Dr. Reingold said. Still, outside of places like airports and stores — where strictly enforced mask requirements have sometimes led to heated confrontations — mask wearing has often been an individual choice, as local government mask mandates have rarely led to fines or punishment.

The C.D.C. is maintaining its advice on other safety measures, saying that all adults should wear masks and stay six feet apart at outdoor performance and sporting events and in indoor shopping malls and movie theaters.

President Biden said on Tuesday at an outdoor news conference that the updated guidance was a step toward getting “life in America closer to normal.”

Xavier Becerra, the secretary of health and human services, said on “CBS This Morning” on Tuesday, “The message is clear: You’re vaccinated? Guess what, you get to return to a more normal lifestyle.”