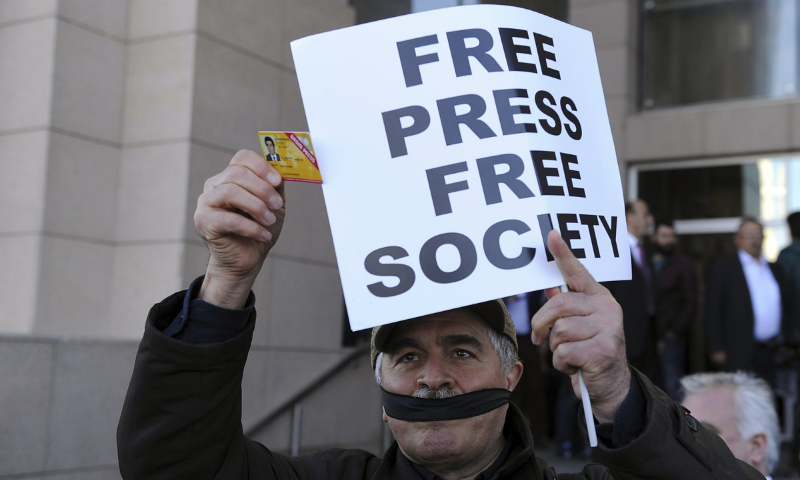 Vienna: Authoritarian and illiberal-minded regimes are becoming increasingly emboldened in their efforts to stifle independent media, the International Press Institute (IPI) warned ahead of World Press Freedom Day 2021 to be observed on May 3.

IPI’s Covid-19 Press Freedom Tracker has recorded 635 press freedom violations around the world. India, which is battling a major wave of infections, has seen 84 violations — more than any other country.

“The rise in open attacks on press freedom and the targeting of journalists in dictatorial and illiberal-minded regimes around the world is an ominous sign for the future of democratic freedoms”, IPI Executive Director Barbara Trionfi said.

“Press freedom is under assault everywhere we look, with tactics and methods for doing so being shared and copied by governments. Anti-democratic regimes increasingly feel that they can silence the media with impunity. This has a domino effect, encouraging other states to follow suit.”

With nine cases Afghanistan had the greatest number of targeted killings over the past year, including three women working for Enikass TV who were shot dead on March 2 as they were on their way home. In Mexico, six journalists were killed in targeted attacks, mostly for their reports on drug cartels and organized crime.

Impunity remains the norm for killings of journalists around the world. While triggermen are occasionally sentenced for their roles, the masterminds of journalist murders almost never face justice.

Europe is not immune from the authoritarian turn. Hungary, a European Union member state, continued its dismantling of media freedom by kicking the country’s last independent radio broadcaster, Klubrádió, off the air. Its media capture methods are now being exported to other countries in the region, especially Poland, where a state-controlled oil company purchased the largest network of regional newspapers. Turkey, which remains a leading jailer of journalists, strong-armed online platforms into complying with a new law that facilitates digital censorship.

Authoritarianism on the march

A rise in authoritarianism and so-called “illiberal” democracy is contributing to a global decline in press freedom. Myanmar, Belarus and China are far from alone in their blatant repression of journalism.

Elsewhere in Asia, pressure on media freedom has grown in the Philippines under President Rodrigo Duterte, with new charges brought against prominent journalist and IPI Board member Maria Ressa and the forced closure of critical broadcaster ABS-CBN. Meanwhile, India’s increasingly illiberal government, stung by widespread criticism in the media over its response to the pandemic and the large-scale farmers’ protest, has stepped up legal harassment of journalists, notably through its notorious sedition law. Indian media outlets are challenging new rules covering digital media, warning of government censorship.

Journalists in Indian-occupied Kashmir continue to face an agonising clampdown aimed at controlling news related to the territory.

The Covid-19 pandemic has delivered a debilitating blow to press freedom across the globe. Governments have tried to stifle independent media, while an alarming number of journalists have come under attacks for their coverage of the health crisis. So far, IPI’s Covid-19 Press Freedom Tracker has recorded 635 press freedom violations around the world.