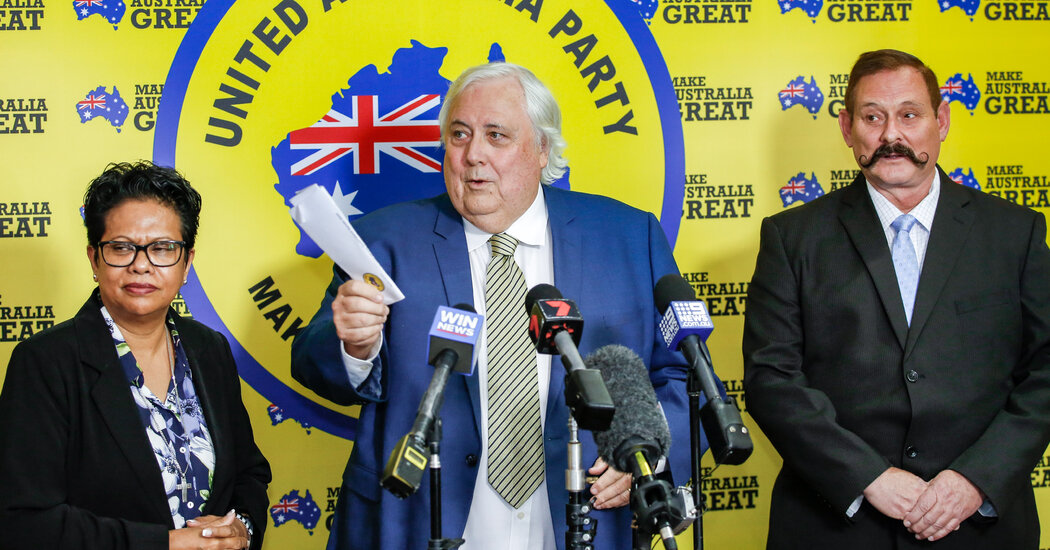 An Australian politician was ordered on Friday to pay Universal Music more than $1 million for using the Twisted Sister song “We’re Not Gonna Take It” in his party’s advertising.

The politician, Clive Palmer, who is a billionaire mining magnate, had argued in court that the lyrics of the song used in 2019 election advertising for his United Australia Party, with thrashing guitars and the line “Australia ain’t gonna cop it,” were his own original work.

But the band objected strongly after fans asked them about the advertisements on Twitter, and Universal Music, which owns the rights to “We’re Not Gonna Take It,” launched copyright infringement proceedings against Mr. Palmer in Australia’s Federal Court.

In a ruling on Friday, Justice Anna Katzmann rejected Mr. Palmer’s claims about the song, labeling parts of his account “ludicrous” and “fanciful.”

Mr. Palmer gave evidence during the trial in October last year that he had been inspired by the 1976 movie “Network,” which features the phrase “I’m as mad as hell, and I’m not gonna take this anymore!” He said he had written down the progression of his ideas at 4 a.m. one day and placed the piece of paper on his bedside table, but a member of his staff had picked it up and thrown it away before he woke.

Justice Katzmann wrote that Mr. Palmer’s denials that there was any causal connection between his song and Twisted Sister’s “defy common sense, fly in the face of the contemporaneous documents and were contradicted by the evidence his own witnesses.”

Mr. Palmer was ordered to pay Universal Music 500,000 Australian dollars in damages. Justice Katzmann added another 1 million Australian dollars in damages for “flagrant disregard for Universal’s rights” and for giving “false evidence, including concocting a story to exculpate himself, indicating that the need for both punishment and deterrence is high.” The total is equivalent to $1.16 million.

Adam Simpson, the lawyer for Universal Music, said the additional damages award was the highest in Australia for music copyright, “and rightly so.”

“The court’s determination sends a strong message about the unauthorized use of music, and that Mr. Palmer’s conduct was blatant and entirely unacceptable,” he said in an statement.

“No matter who you are, copyright cannot be ignored,” he added.

The band has clashed with politicians seeking to use “We’re Not Gonna Take It” before.

In 2015, Mr. Snider initially allowed Donald J. Trump to use the song as the theme in his presidential campaign, but he later withdrew permission.

Mr. Palmer’s spokesman, Adam Crook, said via email that Mr. Palmer and his legal team would review the judgment and consider an appeal.