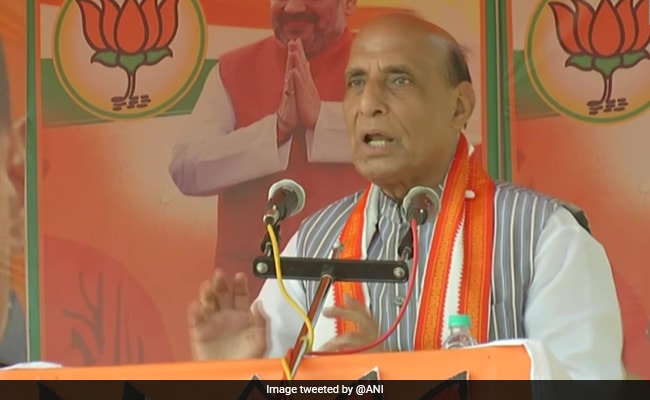 Mr Singh, the Union Defence Minister, was one of the first national leaders of the BJP, the main opposition party in the state, to reach out to the Trinamool Congress founder as results poured in.

Congratulations to the Chief Minister of West Bengal, @MamataOfficial Didi on her party’s victory in West Bengal assembly elections. My best wishes to her for her next tenure.

Ms Banerjee-led Trinamool Congress was today all set to retain power for the second time at the end of a ruthless electoral process. As vote counting proceeded, the party was poised to win 212 seats — nearly 50 more than the last time — leaving the nearest rival, the BJP, far behind at around 78 seats.

Mr Singh’s party had invested considerable time and effort in the state over the past year, to uproot the Trinamool regime. A string of cadres and top leaders had changed loyalties from the ruling party to the BJP in this period, creating an impression that the latter was set to form a government this time.

The Union Defence Minister’s message to Ms Banerjee today was part of a series of his tweets sent out to opposition parties and their leaders who had won the Assembly polls.

Congratulations to DMK leader, Thiru @mkstalin on his party’s victory in Tamil Nadu assembly elections. I extend my best wishes to him.

In another tweet, he congratulated Kerala Chief Minister Pinarayi Vijayan for the Left Democratic Front’s return to power.