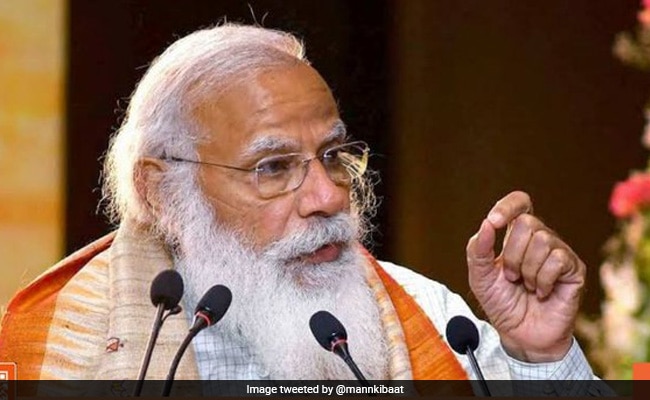 Twelve major opposition parties have written to Prime Minister Narendra Modi, demanding that the Centre take immediate action as the ferocious second wave of Covid rips through the country, leaving hospitals overwhelmed and hundreds of thousands dead. Calling it an “apocalyptic human tragedy”, the opposition parties suggested a series of measures that included distribution of free vaccines, a stop to the work on the Central Vista project and a repeal of farm laws.

“We have repeatedly in the past drawn your attention, independently and jointly, to the various measures that are absolutely imperative for the Central government to undertake and implement. Unfortunately, your government has either ignored or refused all these suggestions. This only compounded the situation to reach such an apocalyptic human tragedy,” the letter read.

The letter was signed by representatives of all key political parties except Mayawati’s Bahujan Samaj Party and Arvind Kejriwal’s Aam Aadmi Party.

The parties also sought a response. “Though it has not been the practice of your office or government, we would appreciate a response to our suggestions in the interests of India and our people,” the letter read.

On Tuesday, BJP chief JP Nadda had given a  stinging response to Congress chief Sonia Gandhi’s criticism of the government’s handling of the Covid crisis.

“Your party, under your leadership, is doing no favours to itself by opposing lockdowns and then demanding for the same (sic), ignoring the Centre’s advisories on the second wave of Covid and then saying they did not get any information, holding massive election rallies in Kerala causing a spike in Covid cases while grandstanding about election rallies elsewhere, supporting protests but speaking about following Covid guidelines,” Mr Nadda wrote.

“Even when the second wave was on the rise, your party leaders were happier being seen in super spreader political events in north India, where there was no regard for masks or social distancing. This is not an era when such information can be erased from public memory,” he had added, flinging back the criticism of PM Modi’s huge political rallies in Bengal.

The letter came amid huge criticism of the government at home and abroad, which the Centre, along with the BJP and its ideological mentor Rashtriya Swayamsevak Sangh, is trying to offset with a mega push of “positivity”.

Union ministers have been tweeting efforts like the movement of Oxygen Express and stories and articles on the government’s outreach and Central government officials have been briefed on better communication highlighting of the government’s “positive work”, sources have said.

The Congress, a key signatory of today’s letter, has dismissed it as “propaganda”.

“The false assurance of ‘positive thinking’ is a joke on those families and health workers who have lost their loved ones and are suffering a crisis of oxygen, hospitals and medicines. Burying one’s head in the sand is not positive – it is a betrayal of our citizens,” Rahul Gandhi had tweeted.