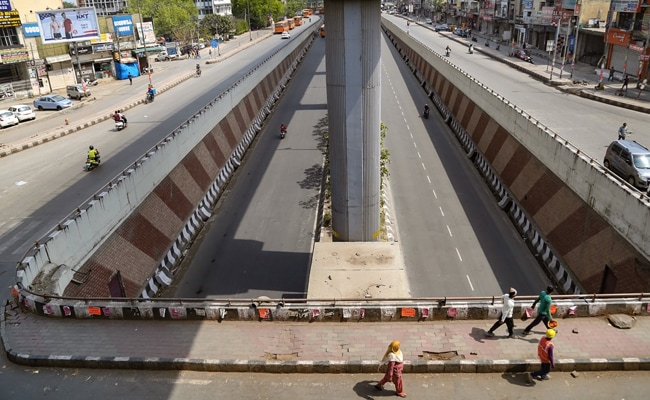 The Covid lockdown in Delhi – due to end 5 am Monday – has been extended by a week, Chief Minister Arvind Kejriwal tweeted Saturday evening.

The national capital has been under lockdown since April 19, as the ruling Aam Aadmi Party (AAP) scrambles to contain a fresh wave of infections and a positivity rate that remains over 30 per cent.

“Lockdown in Delhi is being extended by one week,” Mr Kejriwal tweeted.

This is the second extension of the lockdown in the national capital.

Last Sunday, while announcing the first, the Chief Minister said: “Coronavirus still continues to wreak havoc in the city. Public opinion is lockdown should increase. So it is being extended for one week.”

Lockdown in Delhi is being extended by one week

Delhi’s active caseload is now nearly one lakh – more than double the previous high of around 44,000 recorded in mid-November last year.

The frightening surge in Covid cases over the past weeks – exactly two months ago Delhi reported fewer than 200 new cases in 24 hours – has brought the city’s healthcare system to its knees.

Hospitals are overflowing, doctors are traumatised, and medicines and oxygen are in short supply.

Today 12 people died at Delhi’s Batra hospital after an 80-minute delay in getting a fresh supply of oxygen. Last week 25 people died at Jaipur Golden Hospital for a similar reason.

The centre, which allocates medical oxygen based on requirement and its own assessment, had allotted Delhi 490 metric tonnes per day against a request of over 900 MT.

The Delhi government today told the Delhi High Court that it had received only 400 MT of that amount.

Deputy Chief Minister Manish Sisodia tweeted an anguished appeal this evening, as he and Mr Kejriwal responded to news of the tragedy at Batra Hospital.

“The centre yesterday told the Supreme Court 10,000 MT oxygen is produced daily in the country, which is quite surplus to the daily requirement of 7500MT. Delhi needs 976MT, yet Delhi’s quota is 490MT and supplies only 312MT. Why?” he asked in Hindi.

The lethal shortfall in oxygen supply has been the subject of a court hearing over the past fortnight, in which the centre has faced some tough questions about its handling of the crisis.

Meanwhile, Delhi will begin vaccination for people between 18 and 44 years of age from Monday.

Last month the centre widened the vaccine net to include everyone over the age of 18. Previously only those over 45 and people classified as healthcare or frontline workers were eligible.

However, the centre’s new “liberalised” vaccination policy provoked furious criticism after vaccine manufacturers were allowed to charge different prices for supply to states or private hospitals.

These prices – as high as Rs 1,200 per dose of Covaxin for private hospitals – led to several states saying they would not be able to start the vaccination drive on May 1 as the centre said.

Delhi, one of those states, today said it had received around 4.5 lakh vaccine doses.

India this morning reported over four lakh new cases in a day for the first time ever.