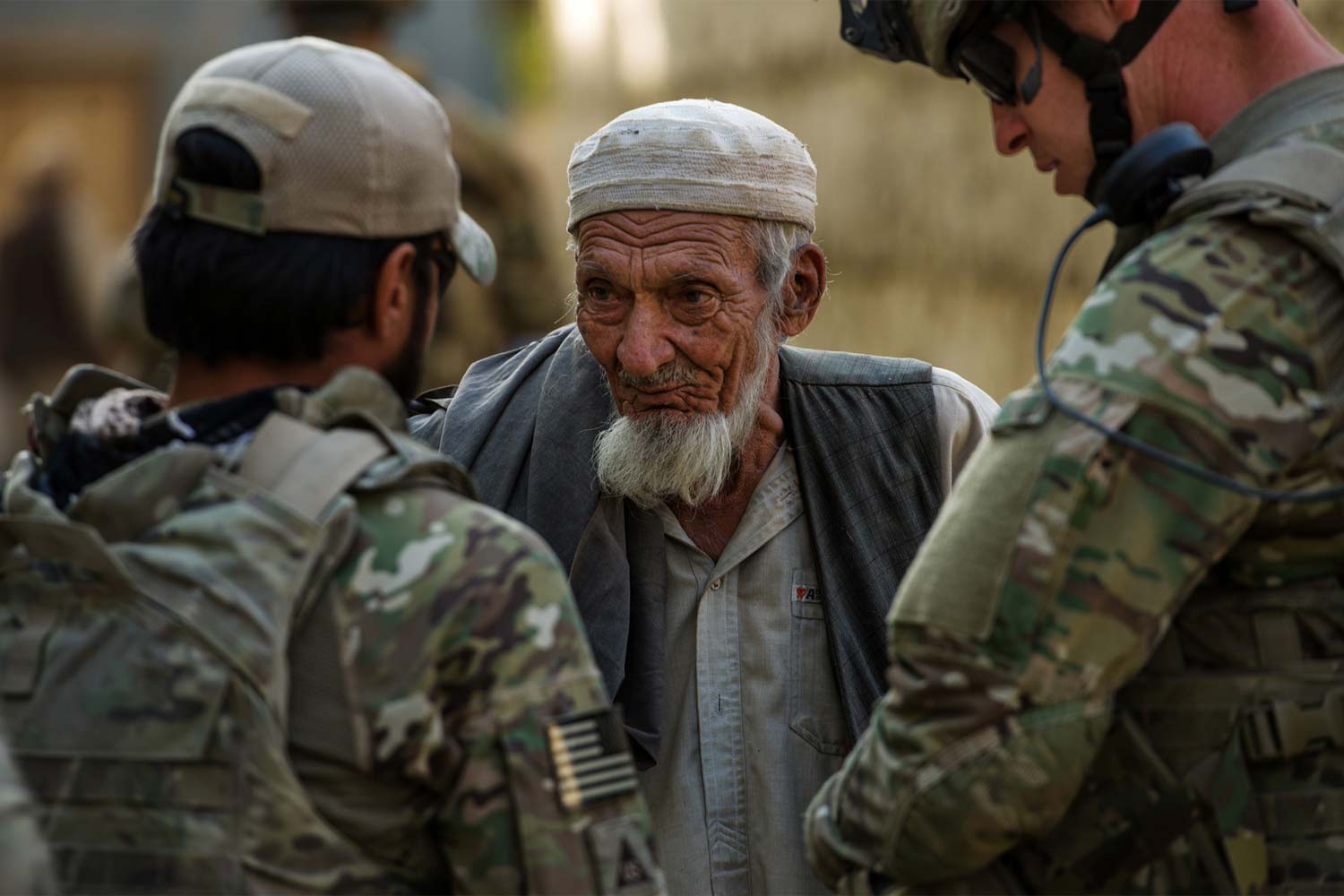 Dozens of Afghans who worked as interpreters in often deadly conditions with the U.S. military expressed fear Friday of being targeted by the Taliban after American troops head home, and they urged Washington not to leave them behind.

The interpreters gathered after noon prayers in a Kabul neighborhood on the eve of the beginning of Washington’s formal troop withdrawal — although forces have been drawn down for months.

“The main thing we want is that we should be taken to the United States. That’s what we were promised,” said Mohammad Shoaib Walizada, an Afghan interpreter who worked with U.S. forces in combat operations between 2009 and 2013.

President Joe Biden announced earlier this month that all remaining U.S. troops will leave Afghanistan by the 20th anniversary of the September 11 attacks, bringing an end to America’s longest war.

Calling themselves “forgotten war heroes,” some of the interpreters complained that many of their contracts with U.S. and NATO forces had been terminated abruptly.

Thousands of Afghan interpreters have left the country after getting visas from the United States and other NATO countries.

But permits have dried up in recent years, with some U.S. officials arguing that a jihadist posing as an interpreter could slip in that way.

A report released earlier this month by Brown University said in 2019 there was a backlog of about 19,000 applications from Afghanistan — a number higher than those who had received visas in the two decades of conflict.

“The failure to implement the program as originally envisioned leaves applicants stranded in Afghanistan or elsewhere and vulnerable to attacks by the Taliban and criminal gangs,” the report said.

The US military and embassy when contacted did not offer any immediate comment.

The interpreters who gathered Friday said around 3,000 of them across the country were living in fear of the Taliban and other jihadists for having worked with foreign forces.

“When the Taliban came to know that I worked with US forces, they killed my brother,” said one interpreter, who refused to reveal his name for fear of being targeted.

“Even the CIA acknowledged it was the Taliban who had killed my brother. Now, I live in fear and isolation.”

Behind him some interpreters displayed a banner reading “President Biden, do not turn your back on us”.

Another poster showed a man pointing a gun at an interpreter who is calling for help as a group of U.S. soldiers board a helicopter.

“Please do not leave us behind, your forgotten heroes,” said a demonstrator who gave his name as Jaffry.

“The success of your fighting is because of the presence of these interpreters on the battleground.”

This article was from Agence France Presse and was legally licensed through the Industry Dive publisher network. Please direct all licensing questions to legal@industrydive.com.

© Copyright 2021 Agence France Presse. All rights reserved. This material may not be published, broadcast, rewritten or redistributed.