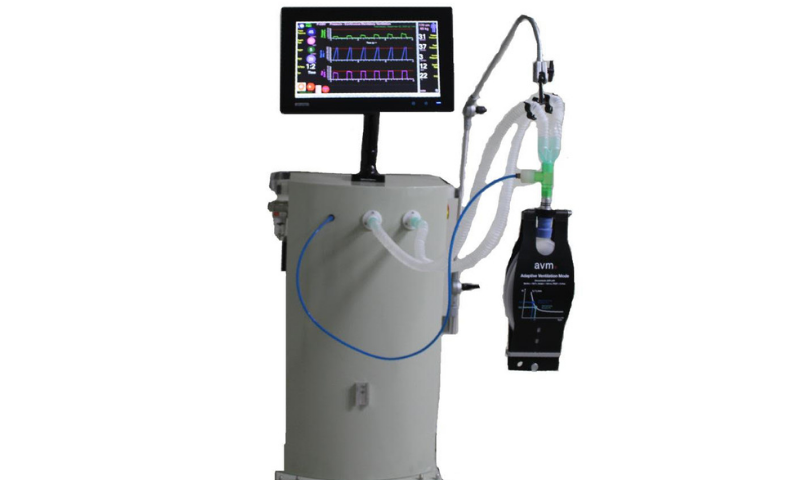 The ventilator was developed by PAEC’s scientists and engineers while keeping in view all essential quality standards and regulatory requirements, the body said in a statement, adding that doctors at the PAEC hospital in Islamabad also provided input during the development process.

“Besides passing through all internal reviews and testing, the ‘i-Live’ ventilator also successfully passed the independent reviews and testing conducted throughout the development lifecycle by the evaluation team from Pakistan Innovation and Technology Centre and the Pakistan Engineering Council (PEC),” PAEC said.

Clinical trials of the ventilator were also conducted at Jinnah Hospital in Lahore under the supervision of senior doctors, biomedical engineers, and medical researchers, the statement said.

“The ventilator successfully passed all stages of engineering evaluation and medical validation.”

PAEC spokesperson Shahid Riaz Khan said the ventilator was approved by the Drug Regulatory Authority of Pakistan (Drap) today, following which “i-Live” would now be manufactured and supplied by PAEC to hospitals in the country.

“This is a giant leap towards self-reliance in designing and manufacturing of life-saving equipment,” he added.

PAEC Chairman Mohammad Naeem congratulated the scientists, engineers and doctors involved in the ventilator’s development, saying that “massive production of i-Live would be commenced immediately to meet the growing demand of hospitals for this crucial equipment in the context of ongoing corona pandemic.”

“Pakistan’s success in developing international-level medical equipment in the last two years is worth appreciating. I want to congratulate engineers, technicians and the entire team. You have raised our heads with pride,” he tweeted.

A day earlier, Minister for Science and Technology Senator Shibli Faraz said his ministry would expedite the registration of ventilators with Drap to ensure their timely availability for induction in the healthcare system and export.

Another ventilator — Pak Vent-1 which was developed by Nescom — has been cleared by the PEC and is awaiting approval from Drap.