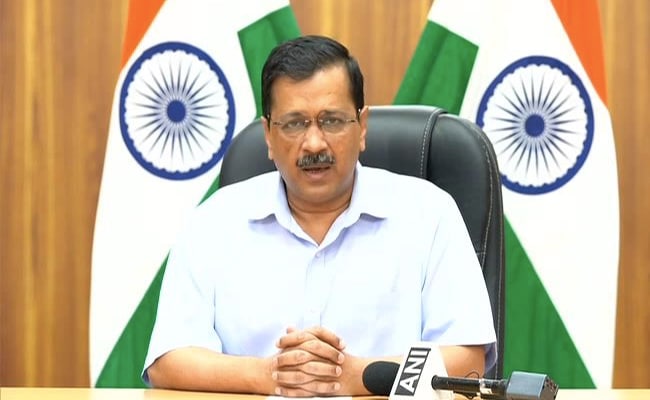 On Friday, Mr Kejriwal had said people should not queue for Covid shots (File)

Vaccinations of the 18-44 age group against the coronavirus will begin in Delhi from Monday, Chief Minister Arvind Kejriwal has said.

“Vaccinations for people between 18-44 years started at only one centre. This is symbolic only. We have received 4.5 lakh vaccine doses. It is being distributed in all districts. Large-scale vaccination in Delhi will begin from the day after tomorrow. There is no walk-in for now. I request people to come only with registration and appointment,” he was quoted by news agency ANI as saying.

The centre had last month opened vaccinations for all adults from May 1 and had said states and private hospitals could buy doses directly from the manufacturers. It had also said that 50 per cent of the vaccines would have to be supplied to the centre.

Many states including Delhi, Maharashtra, Tamil Nadu, Madhya Pradesh, Karnataka, Bengal, Kerala, Rajasthan, Jharkhand and Punjab said they wouldn’t be able to start vaccinations of the 18-44 age group from today because of low supplies. Most of them have placed orders for vaccine doses with the makers.

On Friday, Mr Kejriwal had said people should not queue for Covid shots because of a shortage of vaccines. “As soon as vaccines arrive, we will let you know,” he had said, adding “both vaccine makers (Serum Institute and Bharat Biotech) will give us 67 lakh doses each over next two months”.

Delhi reported 375 COVID-19 deaths and over 27,000 new cases on Friday as the nation grappled with the second wave of the pandemic and shortages of hospital beds, medicines and life-saving oxygen.

Barely days after 25 patients lost their lives due to the oxygen shortage in a Delhi hospital, eight more people died because of the paucity of the live-saving gas in the national capital’s Batra hospital.

The Delhi High Court has pulled up the centre once again for the shortage.

“There is a major issue of oxygen. SOS is coming from all hospitals. We have spoken in the court and written to the centre that Delhi requires 976 tons of oxygen daily, but we have been allotted only 490 tons of oxygen. Yesterday we received only 312 tons. How will this work?” he said.

India on Saturday reported over 4 lakh coronavirus cases and over 3,500 deaths in 24 hours.

With inputs from ANI