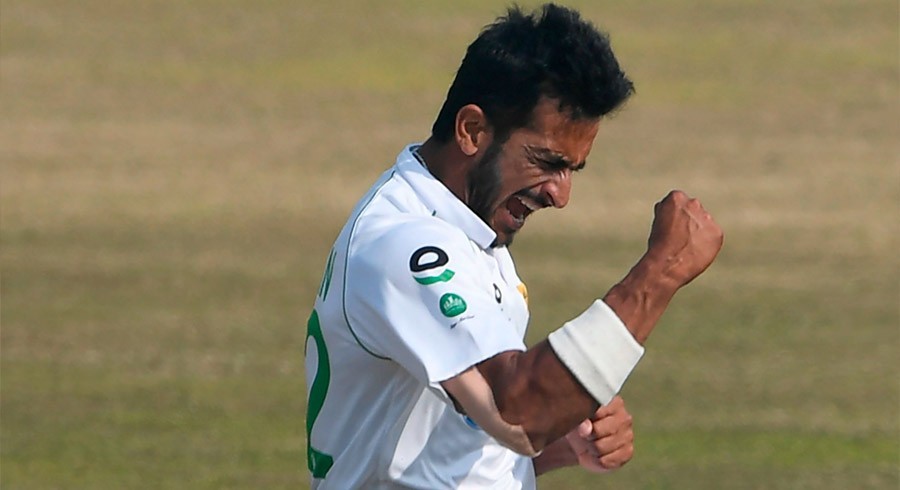 Pakistan fast bowler Hasan Ali’s haul of nine for 89 in the first Test against Zimbabwe in Harare not only won him the player of the match award for starring in the innings victory but also enabled him to gain 15 slots and reach a career-best 20th position among bowlers.

Left-arm fast bowler Shaheen Afridi (up two places to 31st) and left-arm spinner Nauman Ali (up 12 places to 54th) have also advanced in the list for bowlers while left-handed batsman Fawad Alam continues his fine run, moving up 31 places to a career-best 47th position after scoring 140, his fourth century in 10 Test matches. Abid Ali is up six places to 78th position.

ALSO READ: If IPL doesn’t make money for a year, what trouble will they get into: Akhtar

Meanwhile, Pakistan captain Babar Azam has dropped down 3 places to number 9th rank after scoring the first golden duck of his career against Zimbabwe in the aforementioned Test.