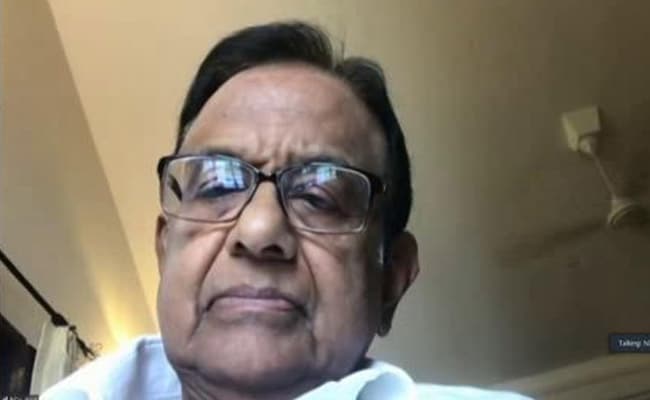 “Health Minister Dr Harsh Vardhan will be put to test on May 1,” P Chidambaram tweeted.

Senior Congress leader P Chidambaram on Thursday said Health Minister Harsh Vardhan will be put to test on May 1, when vaccination for all citizens above 18 years of age opens up, and asked whether he would resign if people are turned away without a vaccine.

He also claimed that no state is ready for the rollout of the next phase of vaccination for all adults from May 1.

“Health Minister Dr Harsh Vardhan will be put to test on May 1.”

“His claim and his government’s claim that there are sufficient stocks of vaccines with the States will be blown away,” the former Union minister wrote on Twitter.

He also said, “No State seems to be ready to open vaccination to the 18-44 years population. Even the CoWin app is not co-operating.”

“If people are turned away from the vaccination centres after May 1 on the ground of ”No vaccine”, will the Health Minister resign?” Mr Chidambaram asked.

Congress has been asking the government to provide the vaccines to the states at the same price at which the centre is getting those.

The opposition party has also termed the centre’s vaccination policy discriminatory and said there should be one price for all the anti-COVID vaccines in the country.

Some of the states in which the Congress is in power on its own or along with its allies have said they are not ready for the rollout of the next phase of the vaccination drive from May 1 as no vaccines are available with them.

This after the government said the states can acquire vaccines directly from the manufacturers at a pre-determined price announced by the makers, to which some states are objecting. They are also alleging that the centre has taken away all the vaccine doses and there are no stocks available for them.