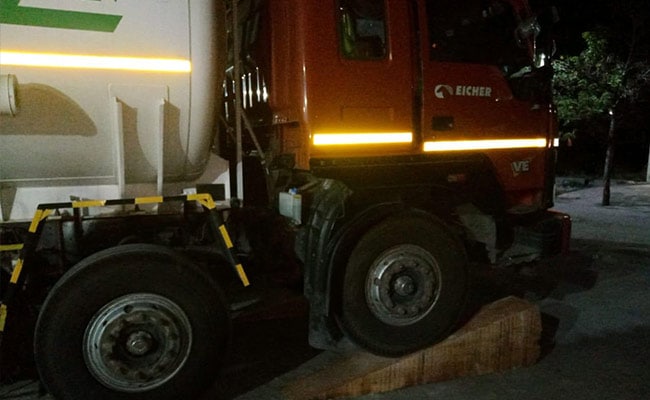 The hospital is using simple techniques to reduce the shortage of oxygen.

Shortage of medical oxygen has emerged as one of the biggest challenges in India’s fight against Covid ever since a deadly second wave swept several parts of the country. A hospital in Madhya Pradesh is making sure it optimises its usage in these trying times.

The Government Medical College Khandwa has segmented patients according to the need of medical oxygen. Those who do not need it are admitted to the fifth floor. On the fourth floor, authorities have admitted patients getting oxygen between one to five liters per minute.

“We found the many patients were admitted who could be treated at home, who do not require oxygen so we have reduced our usage to 100 cylinders to 30 cylinders per hours. We made many interventions to reduce oxygen usage apart from machine management, ensuring that all machine which require high amount of oxygen are on the lower floors so that the pressure can be maintained,” he explained.

“We have assisted the hospital staff in managing the floor distribution. During a conversation, tanker drivers told me that by lifting the tanker’s front wheel up to 1.5 feet,, 300-350 kg more oxygen can be secured through the tank’s dead storage. We acted over it by first lifting the tanker’s front wheel by nine inches and managed to get 75 kg extra oxygen from the tank’s dead storage, which was enough to support the requirement of the hospital’s Sick Newborn Care Unit (SNCU) for three additional days. We’re lifting the tankers by up to 1.5 feet by a wooden wedge, through which we’re able to get 300-350 kg extra oxygen, which is equal to three or more hours supply to our college. Line pressure, line and supply issues too are being studied by our engineers so that more and more liquid oxygen can be saved,” he added.

Meanwhile, in a related development, a train carrying six tankers of medical oxygen for supply reached Madhya Pradesh on Wednesday.

The state government is also planning to offer a special package to the industrial units to increase the production of oxygen and set up new plants of the life-saving gas in the wake of a spike in COVID-19 cases.

More than 5.3 lakh cases have been recorded so far by Madhya Pradesh; over 12,000 cases were recorded yesterday.