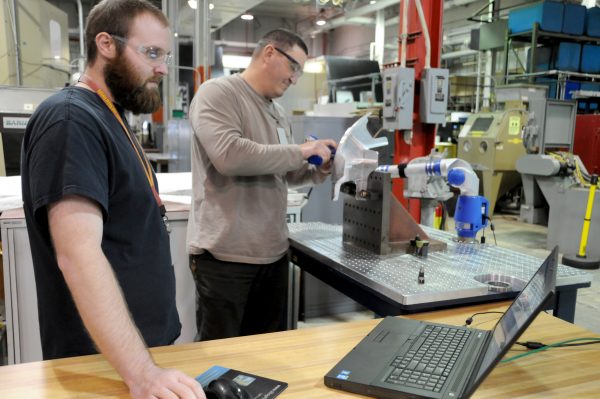 COVID has hit supply chains in every industry worldwide. The defense industry has usually been resilient to global trade shocks, but the factors that cushion defense have withered in recent years. How is the global defense industry holding up?

Any assessment of the health of supply chains within the defense industrial base depends on distinguishing the impact of the pandemic from the impact of increasing protectionism on the one hand, and intellectual property maneuvering on the other. Protectionism has increased transaction costs, making previously established arrangements uneconomical. In some cases, specific trade sanctions have made it impossible for producers to maintain relationships with suppliers, especially with respect to high technology goods.

Historically, the defense industry was insulated from international shocks because states tended to rely on domestic producers for critical military equipment. From the 1990s on, the defense industry began to follow the globalized path that many other industries had trailblazed in earlier decades. Supply chains diversified as the key companies in the defense sector began to act as systems integrators rather than industrial producers. This allowed the defense industry to enjoy all of the advantages of globalization, but also caused the industry to take on increased vulnerability.

The pandemic has made those vulnerabilities clear. Jen DiMascio details some of the concerns within the defense industrial base about the effect of the pandemic on its ability to reliably procure critical components. The expansion of defense acquisition into the dual-use realm, a long-term priority of the Department of Defense, has contributed to supply chain weakness. Some firms have seen their civilian business crash so hard during the pandemic that their viability has come into question. The vulnerability of the defense industry to cyberattack has also increased during the pandemic. And as in-person interactions decline relative to digital communications, attackers have a greater surface area to probe and exploit. The obstacles to trade created by COVID-19 have already disrupted production schedules for some military equipment.

The impact of the pandemic will undoubtedly re-energize the debate within the Pentagon over the wisdom of demanding extensive intellectual property concessions from vendors. The acquisition of IP enables the Pentagon to find alternative supplies for particular hardware components. It has also re-opened questions about best practices for securing supply chains. Lessons from private industry emphasize the importance of mapping supply chains out in order to identify and work-around critical areas of vulnerability.

But then there is some reason to hope for relaxation of these difficulties in the not too distant future. The Biden administration seems to have less of an appetite for trade wars than its predecessor, making it easier to form reliable relationships with suppliers abroad. Perhaps more importantly, the promise of an effective vaccine may convince marginal producers that they can remain in business long enough to outlast the lean times. Finally, the combination of the pandemic and the trade wars in some ways may simulate what supply disruptions would look like in a real war, allowing planners in both industry and government to identify and remedy problems and vulnerabilities.