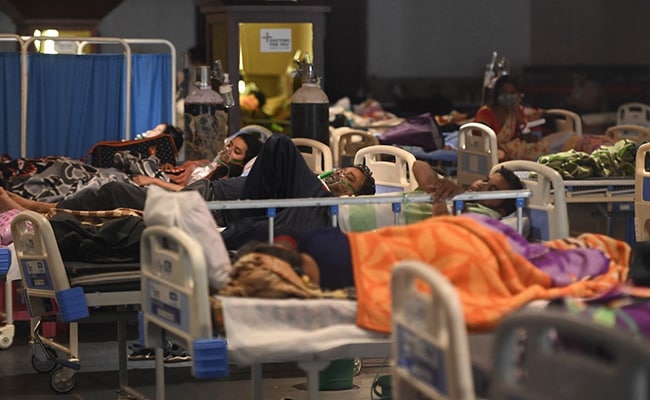 India’s coronavirus cases may peak between May 3 and 5, according to a mathematical model of a team of scientists advising the government, a few days earlier than a previous estimate as the virus has spread faster than expected.

The surge has led to a public health crisis in the country, forcing the government to seek oxygen, medicines and other essentials from countries around the world.

“Our belief is that by next week, the daily new cases nationwide would have peaked,” M Vidyasagar, head of a government-appointed group of scientists modelling the trajectory of infections, told Reuters.

The group previously told senior government officials in a presentation on April 2 that cases would peak between May 5 and 10, said Mr Vidyasagar.

“We said (at that presentation) that it was not a matter of putting up some structures that would come up in July or August, because by then the wave will have ended,” he said.

“Try to figure out how we’re going to fight the fight for the next four to six weeks, that was the message. Don’t waste a lot of time putting up long-term solutions because your problem is right now,” he said.

“India’s first wave of the pandemic peaked in mid-September with 97,894 cases. The country is now reporting more than three times as many infections daily, taking the total number of cases to 18.8 million with 2,08,000 deaths. The real number of infections is believed to be 50 times more,” said Mr Vidyasagar, as many people who contract the disease show no symptoms.