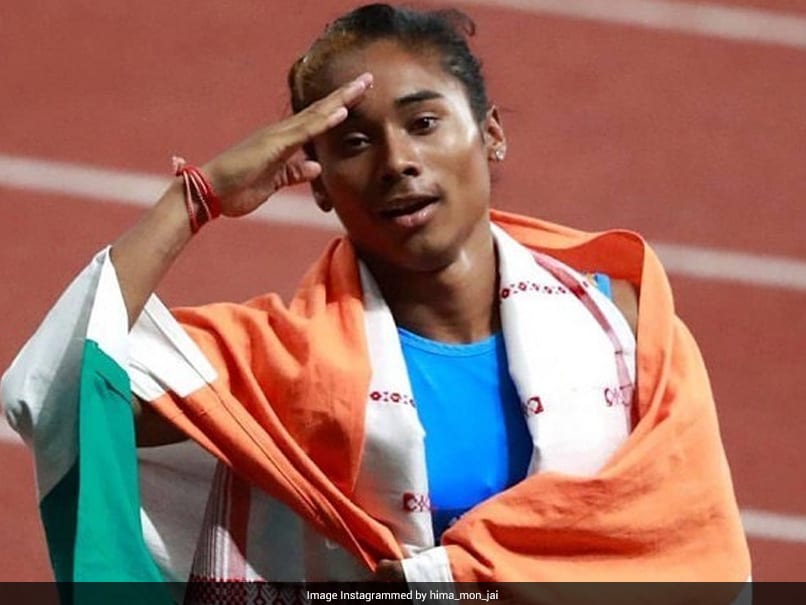 An Indian athletics team, including star sprinters Hima Das and Dutee Chand, was on Wednesday forced out of next month’s Olympic qualifying World Athletics Relays in Poland after the suspension of a connecting flight to Amsterdam owing to a record-shattering spike in COVID-19 cases. The women’s 4x100m and the men’s 4x400m relay teams were to board a KLM flight to Amsterdam in the wee hours on Thursday but the Dutch government suspended flights from India effective Monday evening. The Athletics Federation of India (AFI) tried to book an alternate flight available to any European city en route to Silesia in Poland where the event will be held on May 1 and 2 as there is no direct flight to Poland from India.

Adille J Sumariwalla, AFI President said, “We are very disappointed at this moment. There are no direct flights between Indian airports and Warsaw, Poland. This meant that despite the best efforts, the squad could not be rerouted on another airline.”

“For the last 24-hours we have been consistently trying to find alternatives… We have been constantly speaking to the Organisers, the World Athletics, various consulates and airlines to reroute them. Under the present scenario nobody has obliged,” he added.

S Dhanalakshmi, who had beaten Dutee in the final of women’s 100m sprint in the Federation Cup last month, was also named in the team, along with Archana Suseendran, Himashree Roy and AT Daneshwari.

India were also set to field teams in the men’s 4x400m event to be held in Chorzow, Silesia, in Poland. The top eight teams from the World Athletics Relays will automatically qualify for the Tokyo Olympics.

The World Relays would have been the first major international event for Indian sprinters since the Asian Athletics Championships in Doha in April 2019.