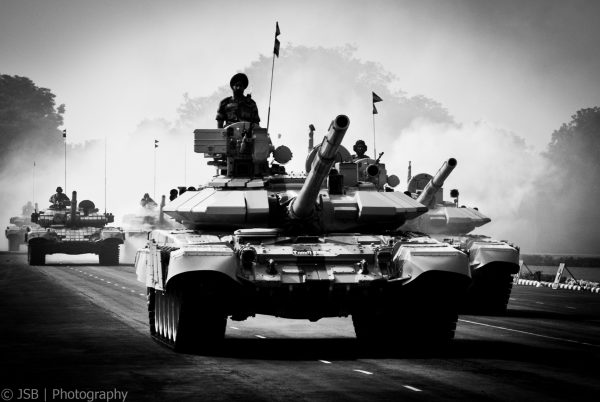 Media reports suggest that the Indian government has authorized the Indian armed forces to stock up ammunition, spares and other materiel for 15 days of “intense” warfare, an increase from an earlier guideline which required them to be prepared for 10 days of general war with China and Pakistan. ANI reported on December 14 that “making use of the extended stocking requirements and the emergency financial powers in the ongoing conflict with China in Eastern Ladakh, the defence forces are expected to spend over 50,000 crores [500 billion] Indian rupees for acquisition of equipment and ammunition from both local and foreign sources.”

In July, following the China-India clash in the Galwan Valley in Ladakh that saw the deaths of 20 Indian soldiers mid June, the Indian Army was reported to have pursued 100 contracts for emergency procurement of weapons and supplies – including ammunition for main battle tanks, man-portable air defense systems, as well as Israeli-made Heron surveillance drones — with each contract capped at 5 billion Indian rupees. Increasing the ceiling on the number of days the Indian military is required to be prepared to fight for – from 10 to 15 – implies that the emergency budgetary allocations approved in July will now most likely be utilized.

Such emergency measures, while understandable in some ways, also highlight persistent problems with Indian defense acquisition and planning. In what has become a sad pattern, every time India finds itself amid, or in the aftermath of, a military crisis, the government scrambles to acquire war materiel, while structural problems with Indian defense spending remain unaddressed. Emergency acquisition from foreign vendors also stand to derail a long-term reorientation of India’s defense acquisitions away from them, and development of an indigenous arms-manufacturing base. After the India-Pakistan aerial fights last February, the government had granted armed forces emergency acquisition powers, something that was also the case after a 2016 terrorist attack on an Indian army base in Uri in India-administered Kashmir and a subsequent Indian retaliatory special-operations strike inside Pakistan-administered Kashmir.

In the past, successive public government audits have revealed the alarming state of Indian war wastage reserves. But the issue of shortage of crucial military supplies extends beyond the stock of war materiel. The Comptroller and Auditor General (CAG) of India found out last year that the Indian Army was deficient when it came to key items to support troops in high-altitude areas, including snow boot and sleeping bags. While a large part of India’s defense spending travails stem from a predilection for “man over machine” – salaries and pensions of the India Army overwhelmingly dominate spending on new weapons and platforms – lack of planning for large-scale “two front” conventional wars, or even an across-the-board purchase for that possibility, also hobbles acquisition efforts and a more clear-headed focus on military threats in front of the country.

The possibility of a two front war – a contingency where China and Pakistan either collusively, or opportunistically, end up both attacking India at the same time — has been on the horizon for some time. However some observers of the Indian military maintain that the political leadership, at least till the onset of the crisis with China in Ladakh, had assumed China to be a long-term strategic threat as opposed to an immediate military one — a view also shared by many Indian military officers. Absent direct political guidance for the Indian armed forces around the potential for armed conflict with China imparting urgency, the Indian defense acquisition process will continue to be hobbled, and beset with emergency, stop-gap, measures.