India’s total Covid-19 cases passed 18 million on Thursday after another world record daily infection and death tally and as the government rejected reports of problems with its vaccine campaign.

India reported 379,257 new Covid-19 cases and 3,645 new deaths on Thursday, according to health ministry data. It was the deadliest day so far for any country hit by the pandemic.

India’s best hope to curb its second deadly wave of Covid-19 was to vaccinate its vast population, said experts, and on Wednesday it opened registrations for everyone above the age of 18 to be given jabs from Saturday.

But the country, which is one of the world’s biggest producers of vaccines, does not have the stocks for the estimated 600 million people becoming eligible.

Many people who tried to sign up said they failed, complaining on social media that they could not get a slot or they simply could not get online to register as the website repeatedly crashed.

“Statistics indicate that far from crashing or performing slowly, the system is performing without any glitches,” the government said in a statement late on Wednesday. 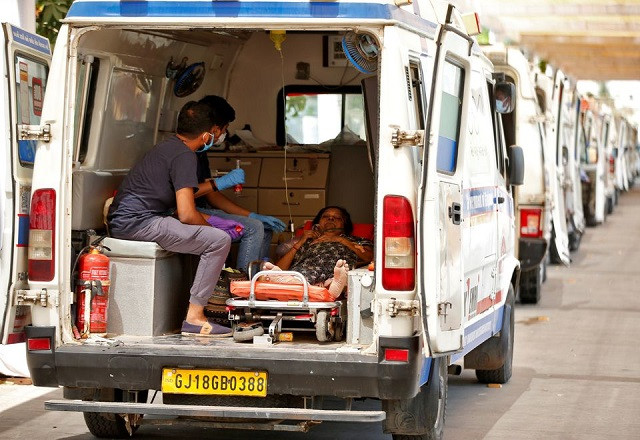 A woman with breathing problem waits inside an ambulance for her turn to enter a Covid-19 hospital for treatment, amidst the spread of the coronavirus disease (Covid-19) in Ahmedabad, India, April 28, 2021. PHOTO: REUTERS

Read: India’s Covid-19 oxygen crisis: why is there a deadly crunch?

The government said more than 8 million people had registered for the vaccinations, but it was not immediately clear how many had got slots.

About 9% of India’s population has received one dose since the vaccination campaign began in January with healthworkers and then the elderly.

The second wave of infections has overwhelmed hospitals and crematoriums and prompted an increasingly urgent response from allies overseas sending equipment.

“I’m leading a letter to @moderna_tx, @pfizer, and @jnjnews to find out what steps they’re taking to expand global access to their vaccines to save lives and prevent variants from spreading around the world.”

The United States is sending supplies worth more than $100 million to India, including 1,000 oxygen cylinders, 15 million N95 masks and 1 million rapid diagnostic tests, the White House said in a statement on Wednesday. 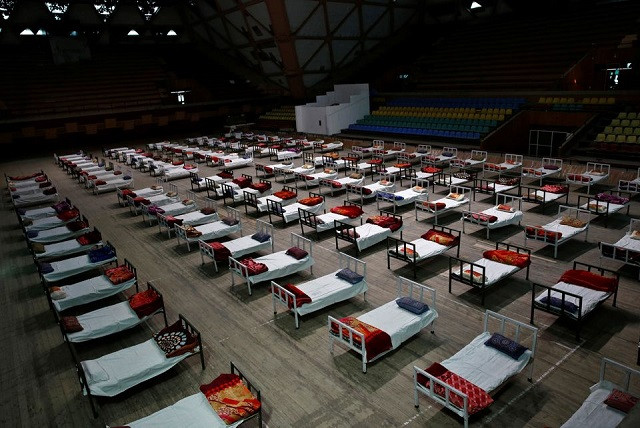 Beds are seen in an indoor stadium converted into a Covid-19 care facility amidst the spread of the coronavirus disease (Covid-19) in Srinagar April 29, 2021. PHOTO: REUTERS

It said the supplies will begin arriving on Thursday.

The United States also has redirected its own order of AstraZeneca manufacturing supplies to India, which will allow it to make over 20 million doses of Covid-19 vaccine, according to the White House.

India will receive a first batch of Russia’s Sputnik V vaccine against Covid-19 on May 1. Russia’s RDIF sovereign wealth fund, which is marketing Sputnik V globally, has already signed agreements with five leading Indian manufacturers for over 850 million doses of the vaccine a year.

Delhi is reporting one death from Covid-19 every four minutes and ambulances have been taking the bodies of Covid-19 victims to makeshift crematorium facilities in parks and parking lots, where bodies burned on rows and rows of funeral pyres.

The US State Department issued a travel advisory warning on Wednesday against travel to India because of the pandemic and approved the voluntary departure of family members of US government employees in India.

Prime Minister Narendra Modi has been criticised for allowing massive political rallies and religious festivals which have been super spreader events in recent weeks. 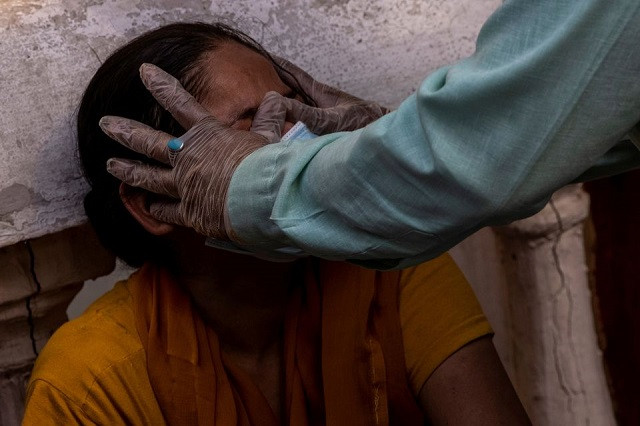 A woman is consoled after her mother died due to the coronavirus disease (Covid-19) at a crematorium ground in New Delhi, India, April 28, 2021. PHOTO: REUTERS

More than 8.4 million eligible voters are set to vote on Thursday in the last phase of an eight-part election in the eastern Indian state of West Bengal, even as the state witnesses a record rise in coronavirus cases.

“The people of this country are entitled to a full and honest account of what led more than a billion people into a catastrophe,” Vikram Patel, The Pershing Square Professor of Global Health in the Department of Global Health and Social Medicine at Harvard Medical School said in The Hindu newspaper.

The South Asia head of the International Federation of Red Cross and Red Crescent Societies, Udaya Regmi, said the world was entering a critical phase of the pandemic and needed to have vaccinations available for all adults as soon as possible.

Early modelling showed that the B.1.617 variant of the virus detected in India had a higher growth rate than other variants in the country, suggesting increased transmissibility, it said.

The World Health Organization said in its weekly epidemiological update that India accounted for 38% of the 5.7 million cases reported worldwide to it last week. 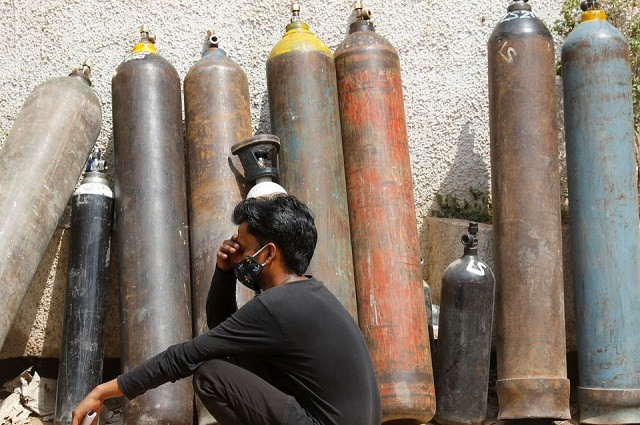 A man waits outside a factory to get his oxygen cylinder refilled, amidst the spread of the coronavirus disease (Covid-19) in New Delhi, India, April 28, 2021. PHOTO: REUTERS