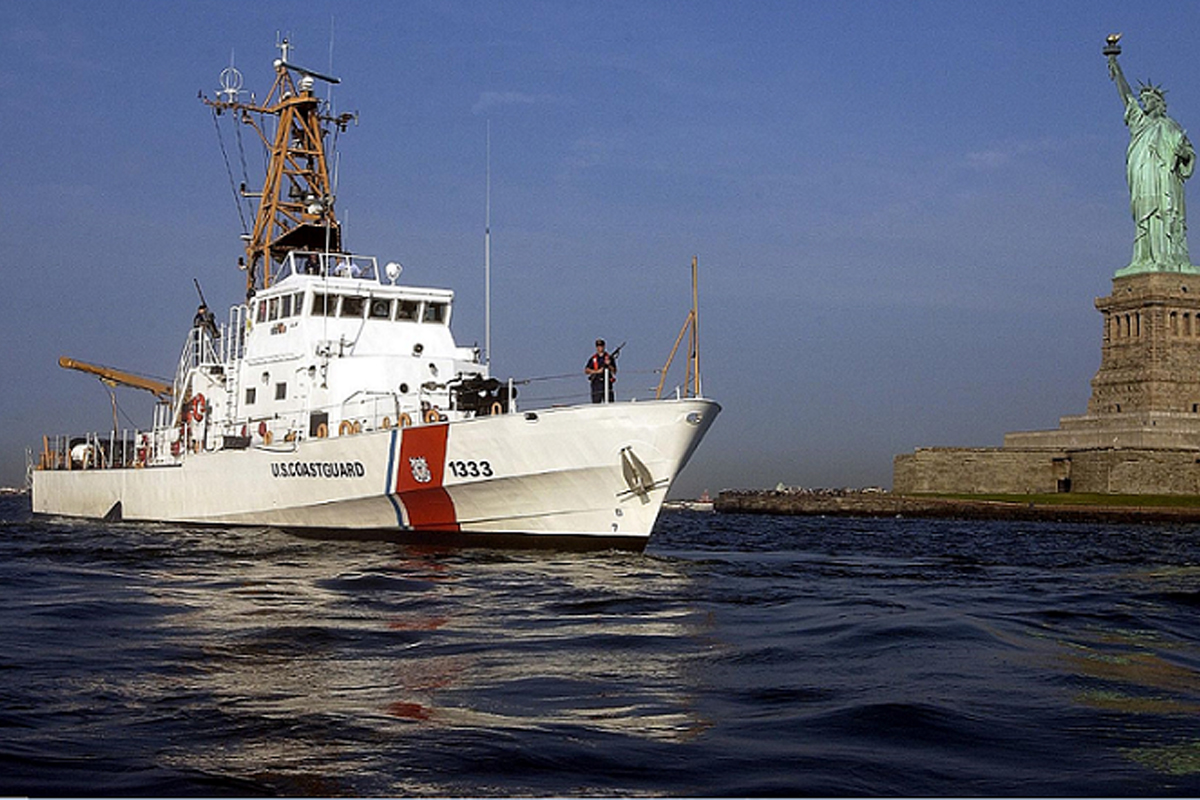 Editor’s note: This story has been updated to include comments from the State Department.

A Coast Guard cutter that famously helped evacuate 500,000 people during the 2001 terror attacks in New York might not be sold to Indonesia as planned.

Aan Kurnia, head of the Indonesian Maritime Security Agency, told CNN he’s not interested in purchasing the used cutter Adak from the U.S.

“I prefer to build my own ships in Indonesia,” Aan told CNNIndonesia.com.

A State Department official who spoke on the condition of anonymity said the plan to sell the cutter is with the Indonesian navy, not the country’s Maritime Security Agency.

The Biden administration notified Congress in April of plans to transfer two decommissioned Island-class patrol boats — the and cutter Aquidneck — to the Indonesian navy under the Excess Defense Articles program.

“As specified in our notification to Congress, these vessels will join other previously transferred platforms and systems used effectively by Indonesia over the years for its national defense, as well as countering piracy, securing key global maritime trade routes such as the Malacca Strait, and for maritime domain awareness,” the official said.

The 110-foot patrol boat, originally based out of Highlands, New Jersey, is scheduled to be decommissioned this summer. Plans to sell it to Indonesia prompted pushback from lawmakers on both sides of the aisle.

Florida Reps. Gus Bilirakis, a Republican, and Charlie Crist, a Democrat; and New York Rep. Lee Zeldin, a Republican and Army Reserve officer, asked the State Department last month to keep the cutter in the U.S. The lawmakers are working with a group of veterans who plan to turn Adak into a 9/11 museum in Tampa Bay, Florida.

“There are scores of Tampa Bay area residents who survived the horrific terror attacks of 9/11 who would find great peace, joy, and comfort knowing they can visit with their children and grandchildren a museum dedicated to the historic 9/11 rescue effort,” Bilirakis said in a statement.

Zeldin called the idea of selling “this significant historic symbol” to another country “incredibly shortsighted.”

“As we approach the 20th anniversary of one of America’s darkest days, the Adak serves as a reminder of American courage, sacrifice and resilience in the days and years following this attack on our freedom and way of life,” he said.

Aan didn’t address the politicians’ comments in his remarks to CNN. He just said plans for Indonesia to buy the cutter weren’t finalized, and that he preferred new ships over used vessels.

On Sept. 11, 2001, Adak’s steering system was undergoing repairs at Station Sandy Hook in New Jersey. The steering mechanism was completely disassembled when the first aircraft hit the Trade Center, according to “Rogue Wave: The U.S. Coast Guard on and After 9/11.” Electrician’s Mate First Class Juan Vasquez rigged the Adak’s steering system so Lt. Sean MacKenzie could get underway, the book adds.

MacKenzie steered the cutter by hand.

“Adak acted as a command and control center and On Scene Commander for all Coast Guard underway units in New York, to keep everyone out of the harbor save for the vessels directly providing rescue and assistance,” according to “Rogue Wave.”

The letter from Bilirakis, Crist and Zeldin says the Adak was able to coordinate the evacuation of more than 500,000 people stranded in lower Manhattan after two planes flew into the World Trade Center.

“Until the arrival of the Coast Guard Cutter Tahoma early the next morning, the Adak coordinated the evacuation of the half a million stranded office workers by making sure any vessel in the harbor was directly providing rescue and assistance,” they wrote.

They suggested the State Department consider selling another one of the Coast Guard’s cutters to Indonesia in its place.

The State Department official said there are no other decommissioned vessels available that meet the needs of the transfer to Indonesia.

“The availability of these vessels is driven by [Coast Guard] decommissioning schedules and the onward movement of personnel,” the official added.

The U.S. has transferred several other Coast Guard vessels to countries in the Indo-Pacific region, including to Bangladesh, the Philippines, Sri Lanka and Vietnam. The official said by strengthening partners with American defense vessels and other items, “we bolster our security at home.”