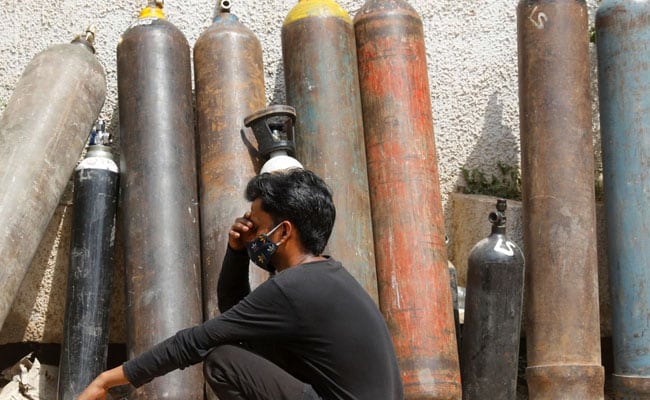 With a steep rise in Covid cases in the second wave, the need for oxygen has gone up significantly.

The government is planning to set up jumbo container-based COVID-19 hospitals near industries to meet the severe oxygen crisis in the country. The move will help the centre to enhance oxygen beds for Covid patients amid a dire second wave of infections.

“Jumbo container-based COVID-19 hospitals using gaseous oxygen will be set up near industries which produce mainly gaseous oxygen. With this, oxygen beds can be increased as much as possible,” Additional Secretary in the Ministry of Home Affairs Piyush Goyal said in a press conference.

The need for oxygen in the second wave has gone up significantly and this will help the government ease the crisis, he said.

“For medical purposes we use liquid oxygen, but these would use gaseous. So, supply would not be a problem and oxygen beds can be increased,” he added.

Meanwhile, the Home Ministry has stressed that steel plants have also raised the production of by-product liquid oxygen so that the demand for the essential public health commodity could be met.

“Government is importing liquid oxygen. New oxygen plants are being set up in different parts of the country while the production capacity of existing plants has been increased,” Mr Goyal explained.

He said that domestic production of the medical oxygen has been increased by 125 percent and the daily liquid oxygen production capacity is currently at 7,500 MT.

Additionally, in its latest order, the Home Ministry has asked the states and Union Territories to convert 50 percent nitrogen gas-carrying tankers into oxygen-carrying vehicles.

India on Friday recorded 3,86,452 coronavirus cases – hitting another global record in the daily spike. The country is not only struggling with the second wave but also raising fears about its overwhelmed health infrastructure.

The sudden spike in the coronavirus cases has led to shortages of hospital beds, ICUs and oxygen in some parts of the country including Delhi.