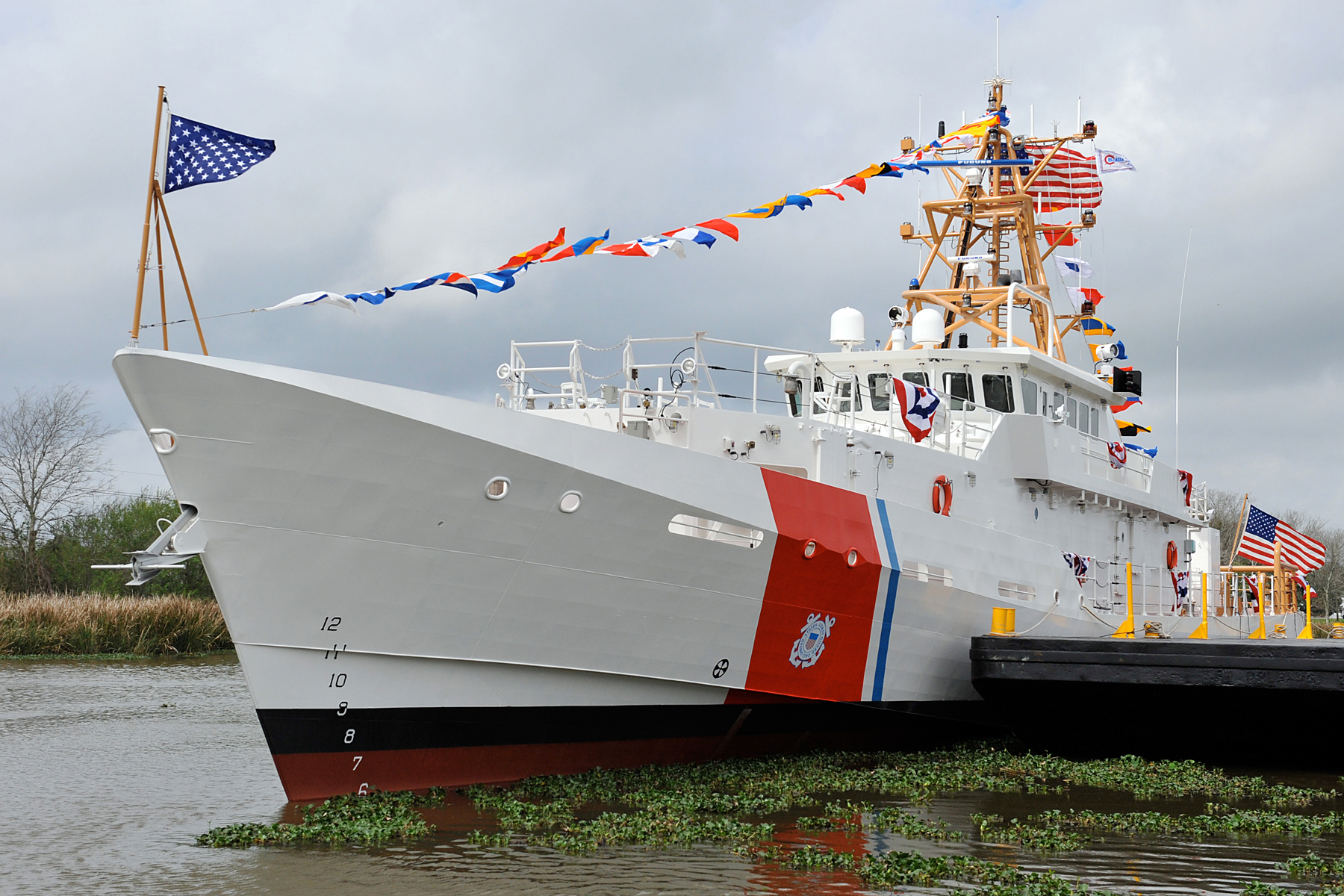 Bollinger Shipyards in Lockport has delivered its latest cutter to the Coast Guard, officials said.

The Glen Harris is the third of six Bollinger-built cutters destined for operations in Manama, Bahrain, to support U.S. interests in southwest Asia and the Middle East.

It’s the 167th vessel the company has delivered to the Coast Guard over a 35-year period and the 44th Fast Response Cutter completed under the current program, which started in 2008.

Each cutter costs about $65 million, and the entire program will cost the Coast Guard more than $3.7 billion, federal records show. The cutters replace the 110-foot Island Class Patrol Boats, built by Bollinger 30 years ago.

“Bollinger is proud to continue enhancing and supporting the U.S. Coast Guard’s operational presence and ensuring it remains the preferred partner around the world,” company President and CEO Ben Bordelon said in a news release. “Building ships for the Coast Guard provides critical assets to bolster our national security and advance America’s interests, both at home and abroad.”

Coast Guard officials have said the new cutters offer increased opportunities for joint operations with the Navy and Marine Corps. The six cutters are part of the a mission to train combat-ready Coast Guard forces in support of U.S. national security objectives.

The Sentinel Class Fast Response Cutter has been used for coastal security, fishery patrols, search and rescue, border patrol and national defense. In 2018, the cutters helped save 21 lives and confiscate 14,200 pounds of cocaine valued at more than $191.3 million, according to the Coast Guard.

Each Fast Response Cutter is named for an enlisted Coast Guardsman who distinguished himself or herself in the line of duty.

Surfman Glen Harris piloted the first wave of landing craft on Tulagi Island in the Pacific Theater during World War II and also made a landing against a Japanese force on Guadalcanal Island. Harris was awarded a Silver Star medal by Admiral Chester Nimitz for his heroic combat action.

The two companies are among Houma-Thibodaux’s largest employers.

Bollinger officials said the purchase will expand the company’s construction and repair capacity to better serve its key defense and commercial customers.

Gulf Island said the sale of its shipyard and some of its long-term vessel construction contracts will bring in about $28.6 million. Gulf Island expects to net about $15 million after paying off liabilities associated with some of the shipbuilding contracts it will not complete as well as other expenses.

Gulf Island employs roughly 400 people in at its Houma shipyard and several hundred more in its fabrication division, on the same site. Gulf Island’s shipyard workers are expected to retained by Bollinger.

Bollinger employs about 1,500 workers across its 11 facilities in south Louisiana, most of them at its Lockport shipyard.

The new Bollinger Houma facility encompasses 437 acres on the west bank of the Houma Navigation Canal, about 30 miles from the Gulf of Mexico, the company said. Of that, 283 acres is vacant land available for expansion.

This article is written by Keith Magill from The Houma Courier, La. and was legally licensed via the Tribune Content Agency through the Industry Dive publisher network. Please direct all licensing questions to legal@industrydive.com.

© Copyright 2021 The Houma Courier, La.. All rights reserved. This material may not be published, broadcast, rewritten or redistributed.