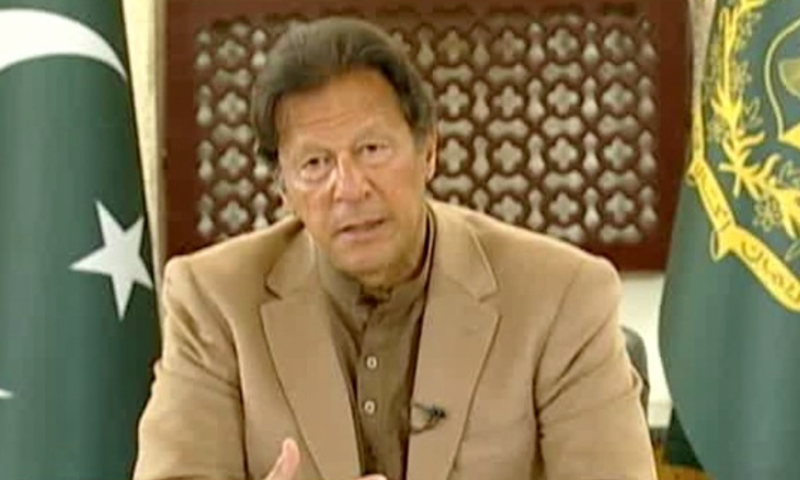 ISLAMABAD: Prime Minister Imran Khan setting aside the protocol on Sunday drove to G-11 Markaz and some other areas of the federal capital where he interacted with cart owners before presiding over a meeting on the next annual budget and national economy.

The prime minister said the government should prepare a development-oriented budget for the year 2021-22 in which improving GDP growth and tackling inflation would be the main areas of focus.

“Give special attention to development projects and measures to control the inflation while formulating the upcoming annual budget,” Mr Khan said at the meeting. Besides ensuring the completion of ongoing development projects, new projects should be designed in accordance with the public needs, he said.

When contacted, Information Minister Fawad Chaudhry told Dawn that the prime minister and Finance Minister Shaukat Tarin both had the desire that Pakistan Tehreek-i-Insaf (PTI) government should focus on development-oriented economy during the last two years of its five-year term.

He recalled that Punjab’s development budget was cut down to Rs90 billion though it was Rs200bn initially for the current fiscal year.

In a recent PTI parliamentary party meeting, he said, party legislators had demanded funds for their constituencies and asked the prime minister that people of their constituencies were demanding that their basic issues be resolved. Keeping in view of the desire of ruling party parliamentarians, the prime minister decided to increase development funds of all provinces.

The minister said the PM was apprised that the provinces and institutions remained unable to fully utilise their development funds as a result more than half of their funds would lapse before the announcement of next budget.

The prime minister sought proposals from the senior party leadership regarding the next budget.

The meeting also discussed in detail the national economy, strategy to control inflation, and development projects for the next fiscal year.

The participants were told that the next budget would be development-oriented with full attention towards improvement of GDP growth ratio. By expediting the development work, new projects would be launched to enhance economic activities, GDP growth and revenue collection besides generating jobs.

The prime minister was also briefed about revenue collection amid Covid-19 situation and about a comprehensive strategy devised to control inflation.

Earlier, the prime minister paid a surprise visit to different localities of Islamabad to inspect business activities and development works.

The prime minister, who personally drove the vehicle, questioned the cart owners who were surprised to find him among them about their businesses in Ramazan.

Wearing facemask, Mr Khan also advised a boy at one cart to wear the mask as a precaution amid the third wave of the coronavirus pandemic. “Get a mask for your little brother too,” the premier added.

While frying samosas for Iftar shoppers, another car owner Qurban Ali thanked the prime minister and his government for providing them a business point to help them earn their livelihoods. “We are grateful to you that you thought about us,” he said.

The prime minister went around different stalls of fruits and other stuff in the market.

A video of his visit was also released by the information ministry in which the PM could be seen driving and visiting places in the federal capital. Without creating any interruption in the traffic flow, the prime minister drove through the crowded streets of the city and also stopped at a traffic signal.

Mr Khan also visited the sewage treatment plant at Sector I-9 and the under-construction Korang Cricket Ground where he was briefed by the CDA chairman about the projects. He also inspected the brick lining of drains.