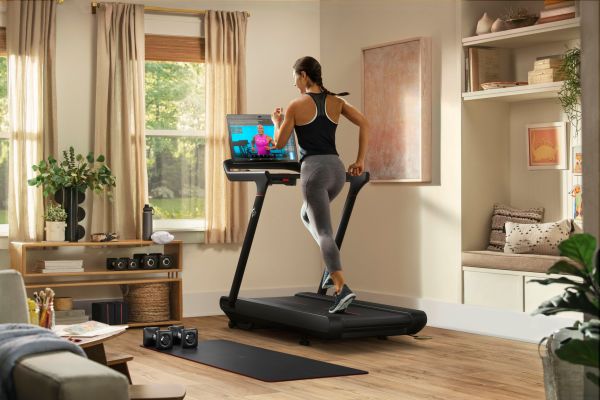 Peloton today announced that it will be cooperating with the U.S. Consumer Product Safety Commission (CPSC), agreeing to two voluntary treadmill recalls for the Tread+ and Tread versions of its home treadmill system.

Those who have purchased the systems can contact the connected fitness company for a refund. The company has also agreed to stop selling and distributing both models in the U.S. Last month, CEO John Foley said the company was “troubled” by the CPSC’s decision to go public with its findings, calling them “inaccurate and misleading.” Today’s news finds the executive offering a much more contrite statement.

“The decision to recall both products was the right thing to do for Peloton’s Members and their families,” Foley says. “I want to be clear, Peloton made a mistake in our initial response to the Consumer Product Safety Commission’s request that we recall the Tread+.  We should have engaged more productively with them from the outset. For that, I apologize. Today’s announcement reflects our recognition that, by working closely with the CPSC, we can increase safety awareness for our Members.”

The voluntary recalls are a response to on-going safety concerns around the fitness equipment. The CPSC cites more 70 incidents in total, including the death of a young child. Previous reports put the number at 39, including 23 incidents involving children, 15 with objects and one with a pet.

“I am pleased that the U.S. Consumer Product Safety Commission and Peloton have come to an agreement to protect users of the Peloton Tread+ and Tread products,” CPSC acting chairman Robert S. Adler said in a statement. “The agreement, which the Commission voted this morning to accept, requires Peloton to immediately stop selling and distributing both the Tread+ and Tread products in the United States and refund the full purchase price to consumers who wish to return their treadmills. The agreement between CPSC and Peloton is the result of weeks of intense negotiation and effort, culminating in a cooperative agreement that I believe serves the best interests of Peloton and of consumers.”

The recall includes some 125,000 Tread+ (the older system, renamed with the arrival of a new budget device) and 1,050 Tread models in the U.S., along with an additional 5,400 in Canada. The warning issued alongside the Tread+ recalls states, “Adult users, children, pets and objects can be pulled underneath the rear of the treadmill, posing a risk of injury or death,” while the Tread’s notes, “The touchscreen on the treadmill can detach and fall, posing a risk of injury to consumers.”

The company’s initial pushback owed, in part, to the fact that home fitness equipment has long been known to present safety concerns — particularly with small children and pets present. It seems likely that we’ll hear more on Peloton’s stance during tomorrow’s earnings call. The company had a banner 2020, due to the pandemic, but shares have dropped 8% on the news. Today also saw some key security concerns with its platform go public earlier today.