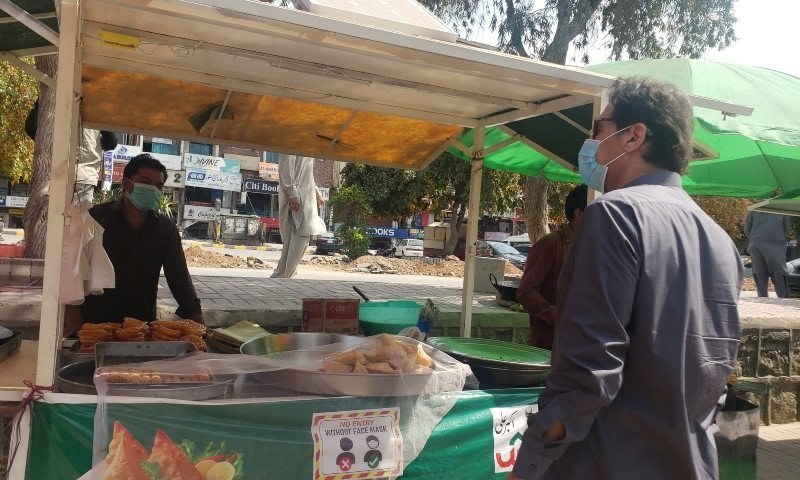 Prime Minister Imran Khan on Sunday paid a surprise visit to different public places in the capital “without any security and protocol”, his office said.

Pictures and videos shared by the Prime Minister’s Office and and ministers showed Prime Minister Imran driving himself to different areas and talking to people.

In G-11 Markaz, he visited the modular carts placed under the Ehsaas programme’s Rerhi Baan initiative. He questioned the cart owners about the position of their businesses. He asked vendors about their business and instructed them to adhere to the SOPs.

The prime minister also visited the sewerage plant in sector I-9 and the under-construction Korang Cricket Ground, where he was given a briefing about the project.

He also inspected the stone lining of stormwater drains.

In a tweet, Senator Khan said Prime Minister Imran while driving today had “stopped at every signal” and waited for the traffic light to turn green.

“Others should put an end to VIP culture in the same manner,” he said, adding that the prime minister did not have any protocol with him.

Before coming into power, Imran routinely opposed VIP movements and security protocols, and launched a campaign to adopt ‘austerity’ and lead a simple lifestyle after being elected the prime minister.