Polling for the NA-249 by-election in Karachi’s district West commenced at 8 in the morning on Thursday and is to go on till 5pm.

The Sindh government has declared a public holiday in the constituency today for voters’ convenience.

Interestingly, it is the first election in which all the major political parties are hoping to score a victory after making grand claims. At least two political parties have fielded their own candidates during the election campaign, focused not only on victory but also on the defeat of the opposition parties.

This by-election could undoubtedly cause a stir in the country’s politics. 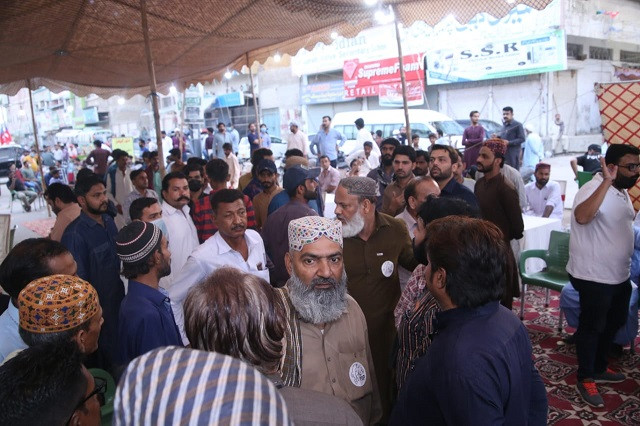 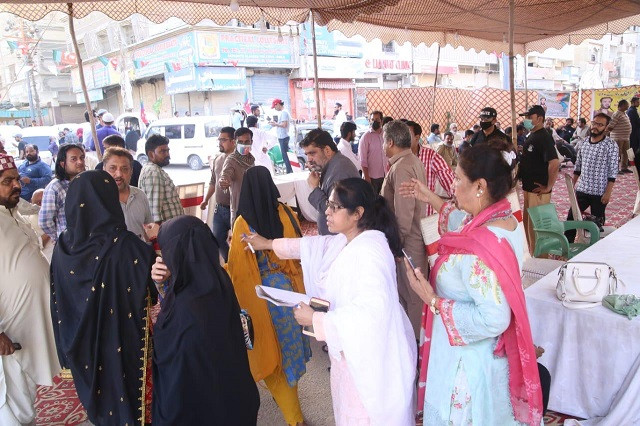 Since 1988, the Pakistan Peoples Party (PPP) has won this constituency once, Pakistan Muslim League-Nawaz (PML-N) twice, while both Muttahida Qaumi Movement (MQM) and PTI have also won the seat only once.

The by-election of NA-249 has become a matter of survival for many parties.

If the PTI maintains its 2018 victory in the by-elections, then their claim of still being popular among the people will be proved right. If they lose, the PTI will suffer many losses.

Losing a seat vacated by its own party member will say much about the PTI’s unpopularity, at least in Karachi.

However, Minister for Information and Broadcasting Fawad Chaudhry on Thursday expressed his confidence in PTI’s victory over rival parties.

“All the surveys conducted in connection with the NA249 elections in Karachi show that the PTI has the upper hand over all the parties. Inshallah, this day will be the day of the PTI,” he said on his official Twitter handle.

On the other hand, in a message on PML-N’s official Twitter account, party president Shehbaz Sharif appealed to the people of the constituency to leave their homes with national spirit and exercise their constitutional and democratic right to vote responsibly.

“I would like to ask the elders, brothers, sons, mothers, sisters and daughters that the vote is your power that you can use to elect that competent and honest leadership,” he added.

He urged the constituency’s residents to vote for the PML-N candidate, assuring that doing so will solve all their basic problems.

“I am confident that you will make the right decision once again as in the past and will do your best to get the country and the nation out of the maelstrom of problems,” Shehbaz said.

The NA-249 election campaign is being run on the basis of language, communities and beliefs, along with the propagation of issues and ideas.

Under the security plan devised for the by-election, more than 3,000 police and Rangers personnel are said to be performing their duties in the constituency.

According to the Election Commission of Pakistan (ECP), the number of registered voters in the constituency is 339,591, including 211,656 male voters and 137,935 female voters.

In a message, District Returning Officer Syed Nadeem Haider asked politicians of different parties to ask their MNAs/MPAs to not visit the constituency and refrain from indulging in anyone’s election campaign.

The officer warned of taking strict disciplinary action against all the violators, irrespective of their party or political affiliation.

While there is no clear favourite, one thing is certain: Faisal Vawda’s performance has adversely affected the PTI’s vote bank, with residents accusing him of abandoning the area.

“He offered us bottled water when we pointed out to him that our taps were running dry,” one angry local told The Express Tribune, claiming that the then minister visited the area only thrice during his tenure.

The PTI’s current candidate is Amjad Afridi, a local businessman who has one unsuccessful political campaign to his name and very little political capital. His only hope is to convert Prime Minister Imran Khan’s waning popularity into votes, which locals that The Express Tribune spoke to called ‘a slippery slope’.

Pakistan Muslim League-Nawaz’s Miftah Ismail is a strong contender as the area includes a significant Punjabi-speaking population, while the party is also popular among Kashmiris and Seraiki speakers. But the former finance minister’s campaign missed out on a potential fillip after the party’s charismatic vice president Maryam Nawaz cancelled her visit to the constituency due to Covid-19 concerns. Ismail, despite being a prominent and successful businessman, remains a political novice, which, according to locals, would undermine his chances of success.

Pak Sarzameen Party (PSP) chief Mustafa Kamal has emerged as one of the strongest candidates – and probably the frontrunner – owing to strong canvassing and campaigning in the area. His political pedigree, including his successful stint as Karachi mayor, also plays in his favour. At corner meetings and public gatherings, as witnessed by this reporter, PSP’s events not just dwarfed those of its rival for the Urdu-speaker vote, the Muttahida Qaumi Movement-Pakistan (MQM-P), but other parties as well.

“We had provided a dedicated line that carried six million gallons of water from the Hub Reservoir to Baldia Town. Now, there are 25 hydrants on that line and 178 illegal connections,” he told The Express Tribune when asked about the water problem.

The Pakistan Peoples Party (PPP) is fielding Qadir Khan Mandokhel, considered a weak candidate by residents, which they say is validated by the PPP’s efforts to have the by-election postponed.

The Tehreek-e-Labbaik Pakistan (TLP) was one of the surprise performers in the last general election, bagging the third-highest votes in this constituency. However, conflict over tickets is likely to split the vote between the party’s candidate Nazeer Kamalvi and Ahmed Bilal Qadri, the son of slain Sunni Tehreek chief Saleem Qadri, who is now running as an independent candidate. However, he remains affiliated with the Pakistan Sunni Tehreek.

In the past, the difference in votes between some of the winning and losing candidates in this constituency has been only a few hundred or a few thousand.

Moreover, In 1997, Ejaz Shafi won again and the MQM candidate came in second with a margin of 2,783 votes. The third- and fourth-place finishers had also received a sizeable number of votes.

The current by-election is also likely to be a fork in the road between several parties.