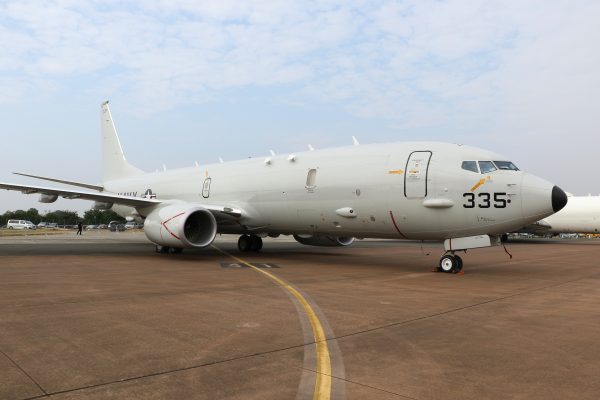 The ongoing multination Sea Dragon 2021 exercise in the U.S. territory of Guam illustrates yet another platform in which the United States, along with key Indo-Pacific allies and partners, seek to promote high-end naval interoperability and readiness. This year’s exercise involves Australia, Canada, India, Japan and the United States; as The Diplomat editor-at-large Ankit Panda described it on Twitter, it, thus, effectively is a “Quad+1” exercise. While the navies of India, Japan and the United States are participating in the exercise, Australia and Canada have sent units from their air forces.

The 2020 Sea Dragon exercise saw the participation of New Zealand and South Korea, along with Australia, Japan, and the United States.

Last year, in November, Australia joined the India-hosted Malabar naval exercise with Japan and the United States, making it the first such edition in 13 years. Last year’s Malabar exercise itself was not held under the aegis of the Quad.

Sea Dragon 2021 kicked off on January 12. According to a statement by the commander of the U.S. Seventh Fleet, “Sea Dragon 2021 centers on anti-submarine warfare (ASW) training and excellence, to include 125 hours of in-flight training ranging from tracking simulated targets, to the final problem of finding and tracking USS Chicago, a U.S. Navy Los Angeles-class nuclear submarine.” “During classroom training sessions, pilots and flight officers from all countries will build plans and discuss incorporating tactics, capabilities, and equipment from their respective nations into the exercise,” it added.

The second phase of the 2020 Malabar exercise, held between November 17 and 20 in the Northern Arabian Sea, also had an ASW component, as the case has been over the past few editions. This implies that the ongoing Sea Dragon exercise in Guam will be the second time in less than two months that the Quad countries will be conducting joint ASW exercises. That said, neither Australia nor Japan fielded dedicated aircraft for ASW operations during the 2020 Malabar exercise.

While Australia, India, and the United States all operate Boeing-made P-8 Poseidon maritime reconnaissance aircraft integral to ASW, Japan operates the Kawasaki P-1 and the older P-3C platforms, and Canada the Lockheed CP-140 Aurora (which it has been planning on replacing since 2018).

“The COVID environment will be challenging for all our participants, but I know we will come together to adapt and overcome while executing our goal of Anti-Submarine Warfare interoperability,” the U.S. Seventh Fleet statement on Sea Dragon 2021 quoted Lieutenant Commander Kyle Hooker, officer-in-charge of Patrol Squadron 5 (VP-5) saying. Two P-8 aircraft from VP-5 are participating in the exercise.

The Sea Dragon exercises close with the award of the “Dragon Belt” to the winner of the graded exercises. Last year, it went to New Zealand’s air force.