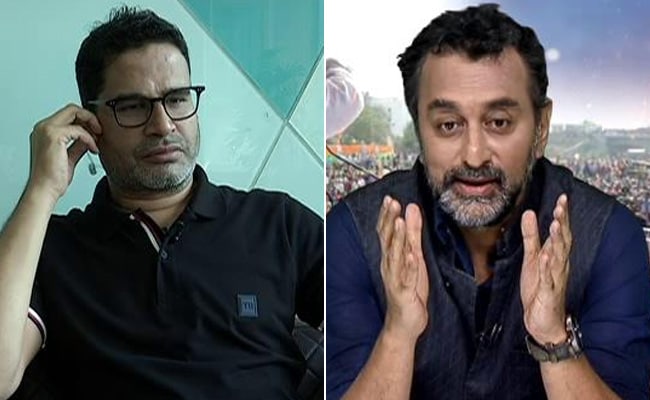 Prashant Kishor had posted a big “save-this-tweet” dare to the BJP on December 21.

Prashant Kishor, described as the man of the match by many after Mamata Banerjee’s spectacular show in Bengal, declared today that he was quitting as an election strategist.

“I do not want to continue what I am doing. I have done enough. Time for me to take a break and do something else in life. I want to quit this space,” Mr Kishor told NDTV in an exclusive interview.

On whether he would rejoin politics, he said: “I am a failed politician. I have to go back and see what I have to do.”

Talking of the Bengal election, he said while the results seemed one-sided in favour of the Trinamool Congress, it was a tough fight. “We went through hell. The Election Commission was blatantly partial and made our campaign difficult. We have been confident about doing very well and the TMC winning more than people were willing to give. The BJP was trying to build up massive propaganda that they are winning Bengalm” Mr Kishor told NDTV.

His tweet way back in December flooded Twitter timelines today as the Trinamool Congress raced to a massive tally in Bengal, beating the BJP in a nerve-wracking battle that started years ago.

Prashant Kishor had posted a big “save-this-tweet” dare to the BJP on December 21. The ruling party would “struggle to cross double digits” in the 294-member assembly, the poll strategist had said, vowing to quit Twitter if his prediction did not come true.

“For all the hype AMPLIFIED by a section of supportive media, in reality BJP will struggle to CROSS DOUBLE DIGITS in #WestBengal PS: Please save this tweet and if BJP does any better I must quit this space!” he had tweeted.

For all the hype AMPLIFIED by a section of supportive media, in reality BJP will struggle to CROSS DOUBLE DIGITS in #WestBengal

PS: Please save this tweet and if BJP does any better I must quit this space!

Senior BJP leader Kailash Vijayvargiya had then sneered: “With the ongoing BJP tsunami in Bengal, after forming the government we will see the country lose a poll strategist.”

That is not happening any time soon and Prashant Kishor is still very much in the game, Twitter users posted today, making the strategist’s name trend.

When very early leads from Bengal showed the BJP ahead in a very close fight, some started calling for career options for Mr Kishor.

Then came the turnaround and the trends and memes changed.

Prashant Kishor and EVMs are the real winners.

Once a legend always a legend. #PrashantKishor

Many pointed out that for Mr Kishor, it was a double win – besides Mamata Banerjee, he had also managed the campaign in Tamil Nadu of the DMK, which is heading for a big win after two terms in the opposition.

Mr Kishor took on a Trinamool greatly weakened by an exodus of over 30 leaders including Suvendu Adhikari. Many of those who left had openly resented what they called Mr Kishor’s interference in the Trinamool’s campaign decisions, including choice of candidates.

Mr Kishor’s past credits include the BJP’s 2014 campaign and Nitish Kumar’s 2015 win in Bihar. Bengal was arguably one of his most difficult outings, with the BJP investing big in its campaign.

Mr Kishor’s Clubhouse chat, in which he appeared assess the BJP as a formidable political force in Bengal that cannot be underestimated, went viral with the BJP gloating that it was a sign he was conceding defeat.

But the strategist told NDTV that Mamata Banerjee remained the most powerful leader in the state and was set to win by a wide margin.