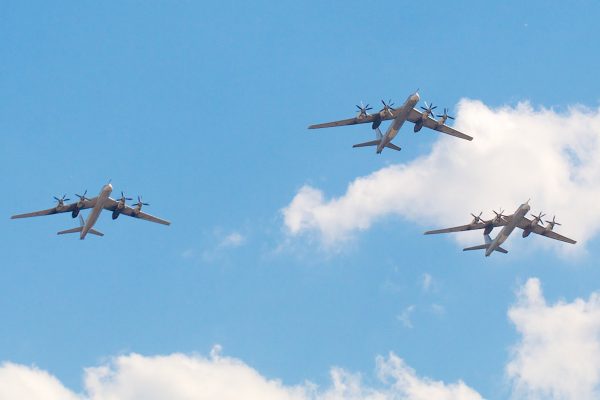 Russian state media reported on January 12 that the country’s long-range Sukhoi S-70 Okhotnik (“Hunter”) drone carried out a test bombing attack against a ground target in Ashuluk range in Astrakhan. According to a source who spoke with RIA Novosti, the drone dropped 500-kilogram unguided aerial munitions. However, he reminded the outlet that this was not the first time the Okhotnik-B had destroyed ground targets in a test.

The drone performed its first test flight on August 3, 2019. DefenseWorld quoted a Russian defense ministry statement about the test as saying: “The first flight took place at 12:20 Moscow time and lasted for over 20 minutes. The aerial vehicle flown by the operator made several circles around the airfield at an altitude of 600 meters and then successfully landed.”

The Okhotnik-B is part of a series of under-development long-range unmanned aerial vehicles (UAVs), which also includes the Grom, Altius-U, Kronstadt Sirius, and Kronstadt Orion drones.

Reports suggest that the Okhotnik-B would be delivered to the Russian military in 2024. Sukhoi has earmarked $52 million for the platform’s development till 2025. The drone is anticipated to support Russia’s “loyal wingman program” wherein the UAV is commandeered by a manned aircraft. A Su-57 fifth-generation fighter jet had accompanied the Okhotnik-B on its test flights in September 2019. In December last year, reports emerged that the Russian Tu-95 strategic bomber had accompanied the Okhotnik-B in a test. At that time, a Forbes defense analyst suggested that the principal role of the Okhotnik-B in such a pairing would be to enhance the survivability of the bomber against air defense systems and enemy fighters.

The Okhotnik-B is big and heavy. An August 2020 Popular Mechanics article describes its specs as following:

Tipping the scales at 20 tons, Okhotnik is about as heavy as a two-engine American F-15 Eagle fighter. The drone is designed to carry up to 13,200 pounds [about 5,987 kilograms] of munitions, including air-to-air and air-to-ground missiles, in an internal weapons bay. The drone will have a range of 3,240 nautical miles and a top speed of 620 miles an hour [about 998 kilometers an hour].

The drone has a wingspan of 20 meters and is 14 meters in length.

The U.S. has exhibited a preference for more nimble, lighter drones to be used in counterterrorism roles in the past. The U.S. Air Force also has a “loyal wingman” program that involves the XQ-58A Valkyrie drone developed by Kratos. The Valkyrie has a wingspan of 8.2 meters, is 9.1 meters in length, and has a cruise speed of 889 kilometers an hour.

Aerospace giant Boeing also has a loyal wingman program of its own, with its first maiden flight scheduled this year.