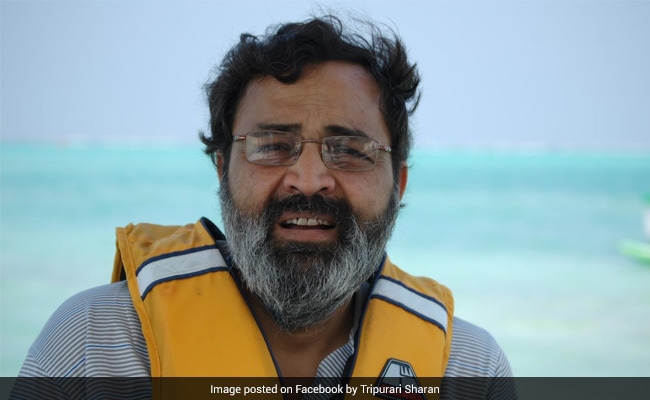 A 1985 batch IAS officer, Tripurari Sharan will retire from service on June 30 this year.

Senior IAS officer Tripurari Sharan was on Saturday named as the new Chief Secretary of Bihar, but his tenure will be for a brief period of two months only, according to a government notification.

A 1985 batch IAS officer, Sharan will retire from service on June 30 this year.

He was currently holding the responsibility of Chairman of Revenue Council.

According to the notification issued by the General Administration department, Sanjeev Kumar Sinha (1986 batch) will replace Sharan in Revenue Council.

He had tested positive mid-April and after a long battle with the disease breathed his last the previous day.

Mr Singh was scheduled to retire in August end but his sudden demise forced a reshuffle.

A large numnber of senior bureaucrats have come under attack of COVID-19 in its deadly ongoing second wave in Bihar.

The notification also gave details of transfer of some other senior IAS officers.

Sudhir Kumar will take over the charge of Chief Investigation Commissioner in General Administration department from Mr Sinha.

The 1989 batch IAS officer Vandana Kinney will be Additional Chief Secretary in the department of Labour Resources department. She will also have additional responsibility of Arts, Culture and Youth affairs department.

Mihir Kumar Singh has been made Commissioner of Tirhut division at Muzaffarpur.

Prem Singh Meena has been named as new Bhagalpur Commissioner. He will also hold additional charge of Munger division.