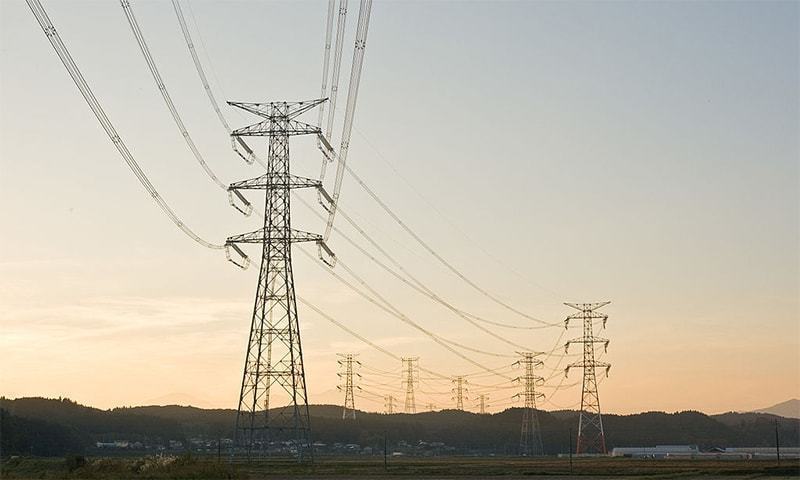 ISLAMABAD: Reduction in circular debt as committed with the International Monetary Fund (IMF) and the World Bank is unlikely to materialise due to unrealistic subsidy allocations at the outset of the two-year circular debt management plan (CDMP), according to the power division.

The power division had protested in writing over inadequate budgetary allocations for debt servicing of power sector loans parked in the Power Holding Private Limited (PHPL), payments to independent power plants and overall tariff differential subsidies for budget year 2021-22, a senior official at the power division told Dawn on Sunday.

The official said the protests by the power division had been conveyed to the Finance Ministry and Prime Minister Office, as the Finance Division was allocating about Rs300 billion subsidy for the power sector for fiscal year 2021-22 against actual requirement of Rs501bn, indicating that Rs201bn delta was being created at the outset of the fiscal year that would add to the stock. After adding Rs352bn on account of financing cost of PHPL loans and interest payments to IPPs, the total delta arising out of the finance ministry’s allocation would be Rs553bn. “How can you expect to address circular debt when one of the three major components starts a fiscal year with Rs553bn deficit,” he said, explaining that the CDMP involved contributions from three major stakeholders and failure on one element would derail the entire structure.

Under the plan committed with the IMF, the power sector was to get an additional financial injection of Rs2.650 trillion in two years (i.e. fiscal year 2021-22 and FY2022-23). This included Rs1.060tr revenue generation through various tariff adjustments and rebasing and by the government (40pc contribution), followed by Rs850bn worth of governance, efficiency and recovery efforts of the power division (32pc) and Rs740bn by the finance division (28pc) through realistic allocation and timely payment of subsidies.

As part of this, the finance division committed Rs281bn injection in next fiscal year and Rs155bn in FY2022-23. The power division, however, conveyed that the allocations were unrealistic and would result in increasing the circular debt. It said estimates for financial gap arrangement against the AJK special tariff, conversion of PHPL loan into public debt, PHPL and IPPs markup fundings and tariff differential subsidy had been kept on the lower side.

Similarly, the power division would be responsible to put together Rs850bn through 5.73pc improvement in overall recovery of billing (Rs205bn), for 2.12pc reduction in system losses (Rs130bn), reduction in IPPs markup on stock payments (Rs67bn), impact of reduction in return on equity secured from IPPs (Rs146bn) and payment by KE worth Rs303bn including Rs127bn starting with July 2021 and Rs175bn in FY2023.

The power division told the finance division and the PM Office that while the prime minister rightly wanted to minimize the additional burden on consumers, unrealistic allocations and targets would bring the entire effort back to square one. It said the average consumer tariff had to increase from about Rs16 per unit at present to Rs20.50 by July 2022 but non-payment of sufficient subsidies or lower than targeted recoveries and efficiency improvements would need rather higher tariff increases when the consumption was struggling to pick up in view of affordability issues.

It was, therefore, important to have realistic targets and accurate financial allocations and then stick to them throughout the targeted two-year plan. Last week, the federal cabinet is reported to have given the go-ahead on a revised CDMP that put on record that circular debt would remain a reality with Rs1.1trillion outstanding payables despite repeated tariff increases, closure of old plants, fuel conversions, tax rationalisations and timely subsidy payments over the next two years.

With some efficiency gains on account of 5.73pc increase in bill recovery and 2.12pc reduction in technical losses, the circular debt is projected at Rs4.4tr by 2023, but it would be the “tariff rebasings and quarterly adjustments” that will inject Rs1.06tr in two years to contain circular debt by Rs3.5tr.

The plan is based on the assumptions that a revised commercial agreement with a power purchase agreement will be signed with K-Electric by June 2021, power consumption will grow by 4.5pc per annum, gas moratorium will stay on captive plants and industrial support package involving discounts on incremental consumption will continue until October 2023. The debt stock is estimated to be reduced by over Rs700bn in few months through clearance of Rs403bn payments to the IPPs as already agreed but blocked and another Rs200bn payment to CPEC projects.

But the biggest commitment has to come from the federal government – timely annual tariff rebasing and quarterly adjustments, AJK subsidy payments in June and allocation of recovery gap of PHPL and IPPs market payment surcharges in the coming budget.

In the meantime, the government will complete formation of independent boards and appointment of chief executives of Discos within current month and given key performance indicators for management contracts. “High-loss feeders” will be outsourced, Discos will be given targets for capital expenditure, loadshedding will be completely based on revenue. The Privatisation Commission will simultaneously give 10-year concession contracts for five heavy loss-incurring companies and five-year management contracts for five better Discos.