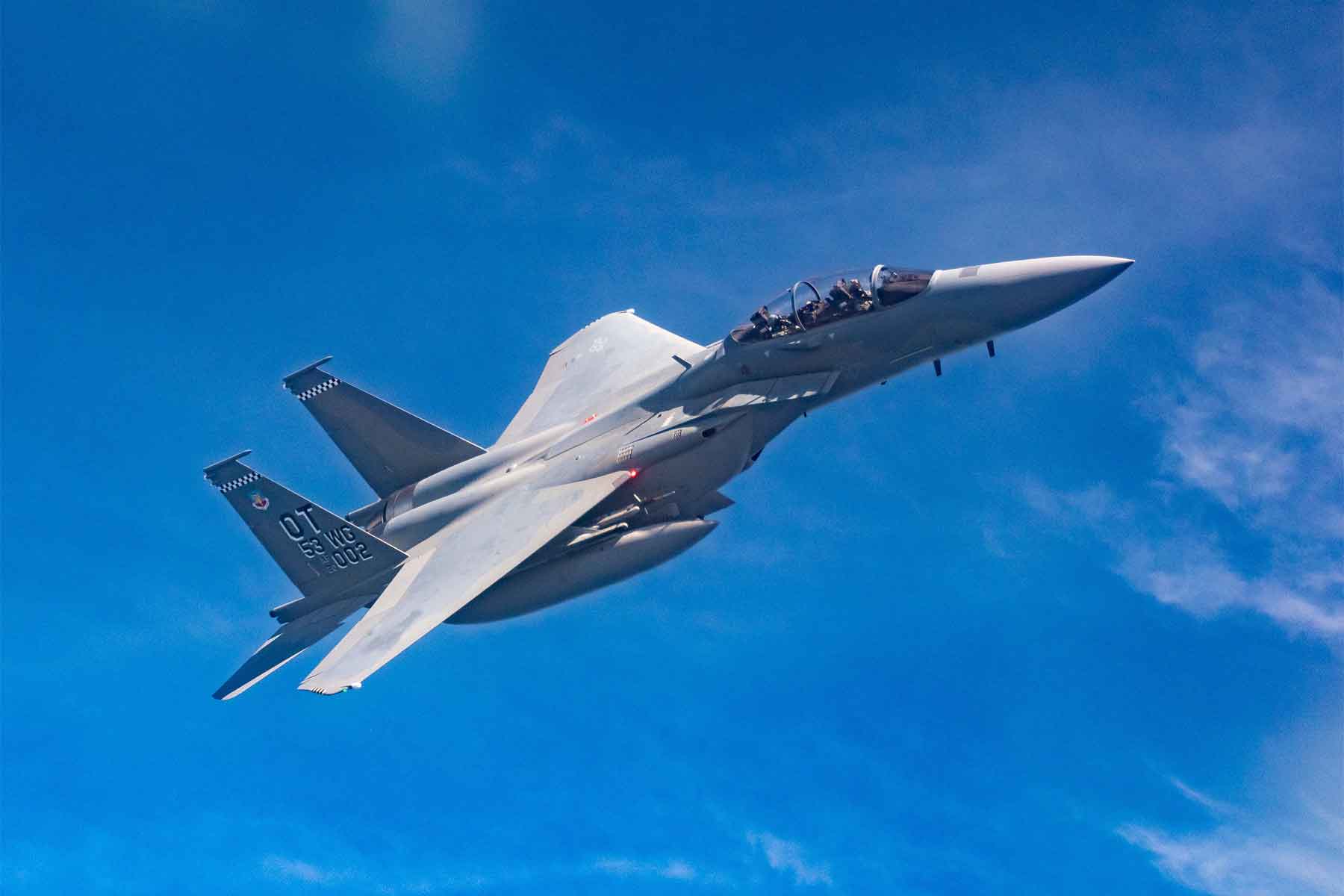 The U.S. Air Force is sending its new F-15EX fourth-plus generation fighter to participate in a large-scale exercise in and around Alaska next month.

The 53rd Wing out of Eglin Air Force Base, Florida, announced Thursday that the F-15EX, now known as the Eagle II, will conduct operational tests while flying in Exercise Northern Edge 21, a joint Indo-Pacific Command drill incorporating approximately 15,000 service members from each branch, multiple Navy ships and roughly 240 aircraft.

“The unique range assets in place at Northern Edge provide a different, unfamiliar, complex, and operationally realistic environment for the technology and the tactics we’re testing,” said Lt. Col. Mike Benitez, 53rd Wing director of staff, in a news release. The service’s first two F-15EX fighters belong to the 53rd as they undergo test and evaluation. The Boeing-made jets were delivered to the Air Force earlier this month.

Read Next: As Tank Battalions Shut Down, Dozens of Marines Are Joining the Army

The wing will also test other equipment during the exercise, such as the Infrared Search and Track sensor pod on the F-15C model and communication node gateways on the U-2 Dragon Lady spy plane, the release states.

Ships and aircraft, including the F-35 Joint Strike Fighter, will operate in the Gulf of Alaska for the exercise, the release adds.

The Air Force is in the process of building up its fighter fleet at Eielson, including the F-35A conventional takeoff and landing version, to support missions in both the Pacific and Arctic. A total of 54 F-35s are scheduled to arrive at Eielson by December 2021.

“Typically, training happens within your units, within your services, but you never really get the volume or the complexity you would expect to see in a modern-day conflict,” said Lt. Col. Mike Boyer, Pacific Air Forces Northern Edge lead planner, in the release.

“Northern Edge allows the joint force to put all the pieces of the puzzle together in the big picture and allows our younger generation within the armed forces to experience what future conflict could feel like in the complexities associated with it,” he said.

Related: What Is ‘Black Flag?’ Inside the Air Force’s Newest Major Exercise