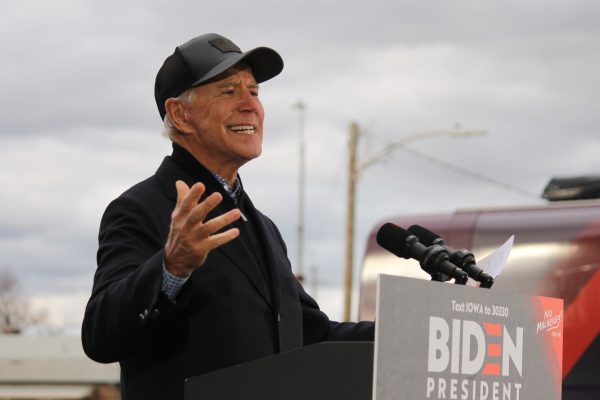 President Barack Obama entered the White House determined to draw down America’s wars in Afghanistan and Iraq and shift focus to China’s precipitously rising power. He did not succeed in extricating the United States from those wars as totally as he wanted and ended up embroiled in new fights against ISIS. His attempts to shift the United States’ strategic focus to the Asia-Pacific, the so-called “pivot” was criticized for being under-resourced and incoherent, though many current key defense programs and diplomatic initiatives grew out of that effort.

Today, the Biden administration is working to complete that transition away from America’s so-called “forever wars” toward China and the Pacific.

A defense advisor close to President Joe Biden told Politico that the administration is trying to shift its focus away from the Middle East, which has consumed the United States’ attention for two decades. “If you are going to list the regions Biden sees as a priority, the Middle East is not in the top three. It’s Asia-Pacific, then Europe, and then the Western Hemisphere,” he said.

One of the primary reasons that Biden chose Lloyd Austin, a retired Army four-star general, to be his secretary of defense, was his experience overseeing a dramatic drawdown of U.S. forces in Iraq in 2011, with the clear implication that he would be overseeing the drawdown of remaining troop deployments in the Middle East.

The Biden administration is also moving quickly to put its stamp on Middle East policy in other ways, ceasing support for Saudi operations in Yemen’s civil war and removing the terrorist designation of the rebel Houthis. Relations with Saudi Arabia have also been realigned. The Trump administration often dealt directly with Crown Prince Mohammad bin Salman, widely seen as wielding effective governing authority in the country but who is widely criticized for authoritarian crackdowns and suspected responsibility for ordering the assassination of journalist Jamal Khashoggi in 2018.

Asked if Biden would be calling the crown prince, who met with Trump and had direct access to close White House confidants, the White House Press Secretary replied firmly that “The president’s counterpart is King Salman, and I expect that at an appropriate time, he would have a conversation with him.” The crown prince, who is also the Saudi defense minister, later spoke with Austin.

But while Biden has called China the United States’ “most serious” competitor, a sentiment echoed by his national security advisor, Jake Sullivan, and Secretary of State Antony Blinken, the Pentagon finds the Middle East tough to quit. The U.S. Navy, especially its capitol aircraft carriers, are the symbolic and operational centerpiece of the United States’ force projection capability for balancing China, but the fleet remains driven by requirements in the Middle East. U.S. carriers have kept up a bruising schedule, wearing out both ships and crews, to maintain presence in the Persian Gulf. Aside from a carrier permanently deployed in Japan, much of the rest of the U.S. navy’s presence in the Indian Ocean and Pacific are ships on their way to, or coming back from, the Middle East, though an increasing number of deployments are focusing on the Indo-Pacific.

Prominent lawmakers have called for shifting defense budget resources away from the army towards new advanced capabilities and expanded capacity in the navy and the air force. Those branches are more relevant for countering Chinese coercion and balancing the People’s Liberation Army’s increasingly sophisticated capabilities and massive fleet, which overtook the U.S. navy as the largest in the world last year. With the Pentagon’s overall budget expected to remain flat or even shrink, diverting resources away from other services is the only way to fund a larger fleet or new air force bombers. But forcing large cuts to the army will also be politically difficult, leaving the prospect of significantly larger fleets of ships and aircraft to counter China a persistent uncertain.