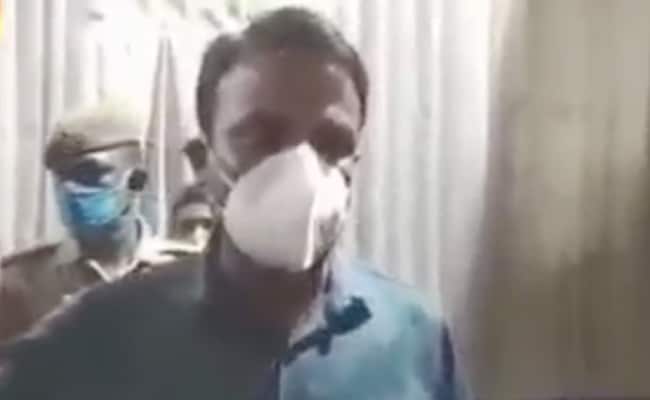 The district magistrate of West Tripura who had forcibly stopped a wedding ceremony while enforcing COVID-19 rules was released from his post following his request, officials said on Monday.

Sailesh Kumar Yadav had written to Chief Secretary Manoj Kumar on Sunday requesting that he be relinquished from the charge of district magistrate of West Tripura as a departmental inquiry was on against him.

A video of the incident had gone viral in the social media.

“The Government of Tripura has constituted a high-level Enquiry Committee to enquire into incidents which happened on the night of 26th April 2021 during marriage ceremonies being held in violation of Corona Night Curfew at Manikya Court & Golap Bagan, Agartala. In the interest of an impartial enquiry, I request for relinquishment of my charge as DM & Collector West Tripura District”, Mr Yadav’s letter accessed by PTI read.

State Law minister Ratan Lal Nath, who is the cabinet spokesperson, told reporters that the chief secretary had accepted the letter and released Mr Yadav immediately.

The director of industries and commerce, Ravel Hamendra Kumar took over as the district magistrate of West Tripura.

Mr Yadav was seen in a video footage tearing the document of the permission taken from him for holding the ceremony. He was also seen forcing the invitees and others present at the venue to leave and ordering policemen who were with him to drive them out of the venue.

It will submit a report to the chief secretary soon, the officials said.

Mr Yadav told reporters here that whatever he had done was to maintain law and order.

“It is my duty to enforce law and order and to prevent the spread of COVID-19. I stand by whatever I did that night,” he said.