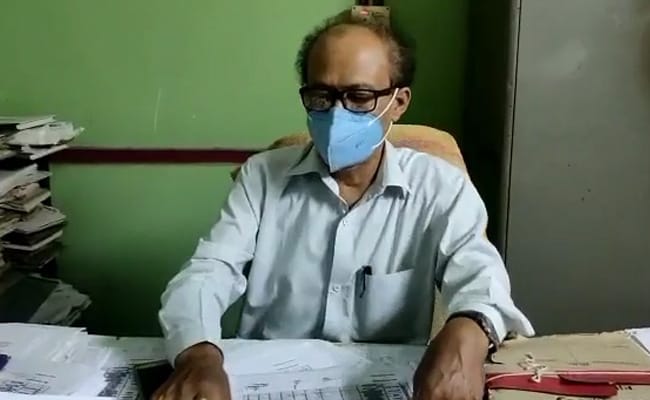 The Assam government has ordered an inquiry after a local news website exposed an “unauthorised” vaccination centre being run by some health department staff.

The vaccination centre, which does not feature on the government’s list of authorised inoculation sites, was allegedly giving jabs to people not registered on the Co-WIN platform in the district headquarters of Cachar in southern Assam.

In its investigative report, Silchar-based new website Barak Bulletin claimed that vaccine jabs were being given in an illegal manner in exchange of money.

In its report visuals that Barak Bulletin shared with NDTV, the health department staff were seen admitting that they were inoculating people not registered on the government’s Co-WIN platform and not having scheduled a slot for taking the jab.

It is mandatory for recipients to register themselves on the Co-WIN portal and take their jabs as per the schedule.

Top health department officials have taken note of the report and said they are probing it.

The visuals also showed the health workers claiming that 10 vials of the vaccine that were issued for an urban health centre vaccination site, were used at the “unauthorised” centre. On camera, they claimed they were allowed to carry on with the vaccination in order to reduce wastage of doses. But they couldn’t produce a copy of any such order.

The report also claimed that new vials of the Covishield vaccine were opened to inoculate people at the “unauthorised” centre.

The Deputy Commissioner of Cachar district, Keerthi Jalli, has sought a report from the district health officials, said government sources.

An estimated 80 people have been “illegally” vaccinated at the centre with no records maintained by the health workers, who are now under scanner after the news report exposed the alleged irregularities.

The incident happened at a time when there is acute vaccine shortage across the country and people are unable to book their vaccine slots despite having registered on the Co-WIN app.

According to a Union health ministry report, at 5.92 per cent, the wastage of vaccine doses is second highest in Assam after Haryana at 6.49 per cent.