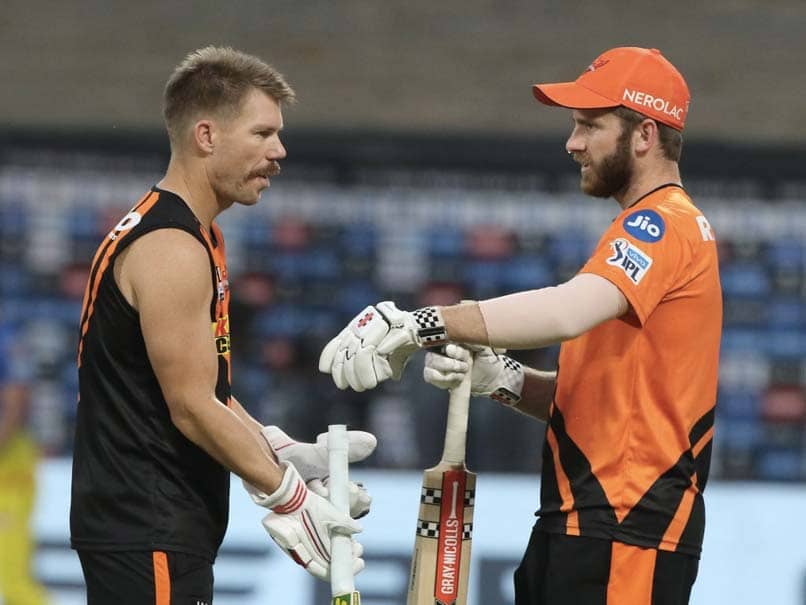 IPL 2021: Kane Williamson said that SRH need to be clear about strategies and execution.© BCCI/IPL

Newly-appointed SunRisers Hyderabad captain Kane Williamson believes that conversations on his predecessor David Warner’s future in the playing XI is still on as the Australian is a world class player. Warner was stripped of SRH captaincy on Saturday after the team lost five out of its first six matches and Williamson’s elevation to the post hasn’t changed the fortunes as they suffered a 55-run defeat against Rajasthan Royals on Sunday.

“There are number of leaders in the group. It’s important we stay tight. And for us it is about building as a side and make adjustments,” Williamson said during the post-match presentation.

The skipper said that the team needs to be clear about strategies and execution.

“Rather than over-search for the win, we just have to be clear about how we need to operate. Warner is a world class player and we have our cards on the table. I am sure there are a number of conversations to be had,” Williamson added.

On the match front, he admitted that once Royals posted 220 for 3 the chase was anyways going to be difficult.

“A tough day. A very competitive total from RR. It was Jos’ day and he was outstanding. With the bat you do need to get a few things to go your way and when you’re losing wickets it makes it all the more harder to chase 220.

“We have had a lot of challenges over the last three weeks, but we need to make small adjustments and put in improved performances. Jos and Sanju were key, so we wanted Rashid to bowl as many deliveries as possible against them.”

Buttler and Samson had stitched a match-winning 150-run stand.