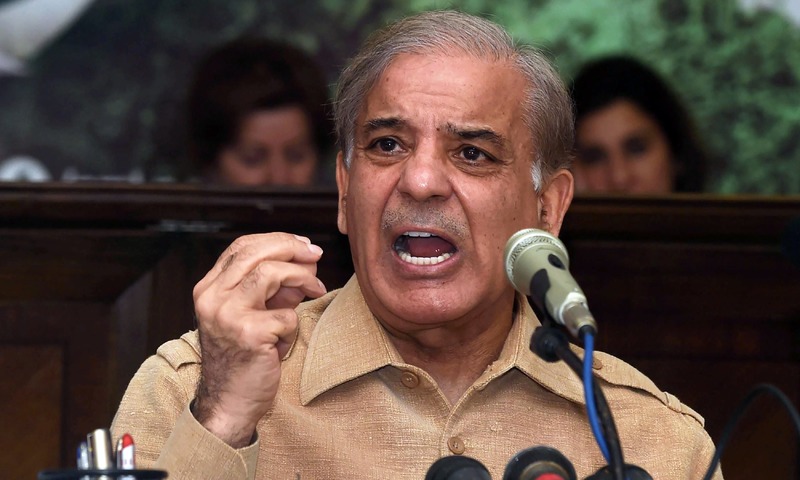 PML-N President and Leader of the Opposition in the National Assembly Shehbaz Sharif on Sunday rejected Prime Minister Imran Khan’s proposal to use Electronic Voting Machines (EVMs) in general elections, saying the system had been rejected by the whole world.

In a statement posted on Twitter, Shehbaz said: “The system of electronic voting is rejected by the whole world. The Election Commission of Pakistan (ECP) has declared it unworkable. Such important national tasks cannot be performed at the request or order of an individual.”

He said that a sensitive issue such as electoral reforms could only be tackled with the “will and confidence” of the entire nation, adding: “Parliament is a manifestation of the aspirations and confidence of the people, which has been locked up for three years.”

“Electoral reform is possible with the consultation of all parties, in light of public opinion and consensus-building exercises.”

Shehbaz said that the PML-N had carried out “historic electoral reforms” in the consultation with all political parties, including the PTI which had been in the opposition at the time. “No one objected to these reforms in our time,” he added.

That “historic document”, developed with consensus of opinion, still existed today, he said. However, he added, the current opposition was insulted by creating noise of (National Reconciliation Ordinance) NRO when it had been talking about positive reforms and the economic charter.

“We can make electoral reforms only when we have the patience and courage to take our political opponents along and adopt their suggestions.

“The country’s reputation is enhanced by justice, transparency and the rule of law, not by EVMs,” said Shehbaz.

“Instead of focusing on electronic voting, [the govt] must worry about the ruined economy, skyrocketing inflation, unemployment and rising mortality rates,” he advised

‘No understanding and no interest’

Reacting to Shehbaz’s comments, Federal Minister for Information and Broadcasting Fawad Chaudhry said that the PML-N’s decision to avoid discussions on electoral reforms was “unfortunate”.

“To say that the reforms are to be carried out by the ECP instead of the parliament shows that they have no understanding of the system and no interest in reforms.”

He went on to question why a party, which had always assumed power through ‘sazish’ (scheming), wish to talk about reform.

The opposition leader’s comments came a day after Prime Minister Imran Khan suggested the use of EVMs for electoral reforms.

He had invited the opposition to sit down with the government and participate in bringing electoral reforms in order to restore the credibility of local polls. In a series of tweets, the premier had said that after the recent NA-249 Karachi by-poll — won by the PPP by a narrow margin — all parties were “crying foul and claiming rigging”.

“Unfortunately, no substantive reforms were put in place. Technology and the use of EVMs is the only answer to reclaim the credibility of elections. I invite the opposition to sit with us and select from EVM models we have available to restore the credibility of our elections.”

On Friday, the PPP had won the NA-249 by-election with a narrow margin while almost all other parties had pointed a finger at the ECP that announced the result of the low-turnout poll after considerable delay.

The result brought the main opposition PML-N and the ruling PTI at the Centre on the same page as far as the transparency of the vote count process was concerned, but the former chose not to target the PPP in the same way as the latter targeted the winning party.

However, PPP Chairman Bilawal Bhutto-Zardari advised them to furnish proof of wrongdoing in the by-election or stop levelling allegations.

The ECP on Saturday accepted PML-N leader Miftah Ismail’s application for a recount in the NA-249 Karachi by-election and fixed the hearing for May 4 (Tuesday).